Big Brother is Watching You Wash Your Hands 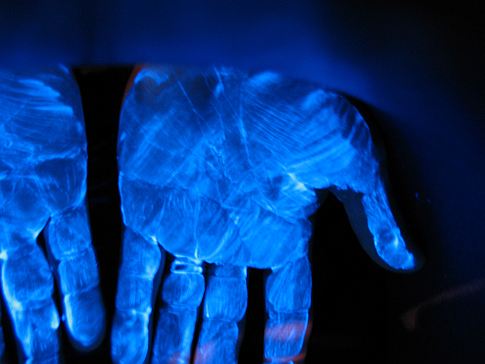 Hand-washing: it seems easy enough, but for whatever reason, we constantly shirk this simplest of duties. These days we have swine flu to remind us, but what about when that becomes old news? Microbes don’t disappear just because they’re not in the news every day.

A few University of Florida professors have invented a solution — HyGreen, a sensor system that can sniff your hands to detect telltale soap fumes — or the lack thereof.

The system is designed for use by hospital staffers. You’d think health-care workers would be over-the-top focused on sanitization, but apparently that’s not the case. Several studies show that hospital workers only wash their hands following fewer than half of their direct encounters with patients. And hospital-acquired infections are a huge problem: over 2 million cases occur each year in the U.S., along with a daily 250 related deaths. If workers only remembered to wash their hands, half of these infections could be prevented.

So how does HyGreen — the proposed solution, now in testing phase — work? It’s a little like a Breathalyzer, but for hands. Each time they soap up, health-care workers will have to pass their hands under a detector located by the sink. If the hands pass muster, a wireless signal coming from the worker’s badge will set off a green light on the sensor. Later, back in the patient room, another monitor will check the worker’s badge and again flash green if their hands are clean. If not, the staff member will get a vibration reminder — and probably also a talking-to, since supervisors will be able to check the signal log in real time.