Scientists produce five clones of a dog that assisted with 9/11 search and rescue, and died in April 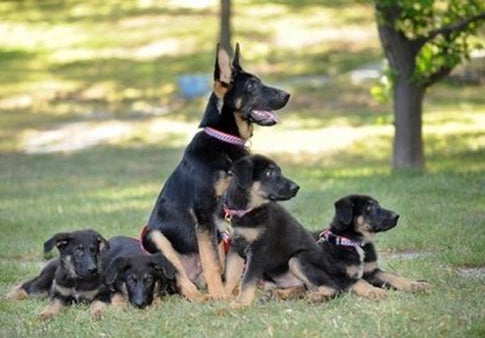 There were a lot of heroes on and after 9/11, and as the the Kennel Club reminds us, not all of them were bipedal. Now, one of those courageous canines has been brought back to life through cloning.

Trakr, a German shepherd who assisted with search and rescue in the rubble of Ground Zero, died in April. However, Trakr’s DNA was saved, and BioArts International produced five clones of the dog. Yesterday, the clones were presented to James Symington, the Canadian police officer who led Trakr through the wreckage of the World Trade Center.

BioArts International selected Trakr after running a contest that would give free cloning to a dog it deemed as the world’s most “cloneworthy.” Normally, cloning a dog costs over $100,000. Also of interest, BioArts cloned Trakr with the help of Hwang Woo-Suk, the South Korean scientist who falsely claimed to have cloned a human.