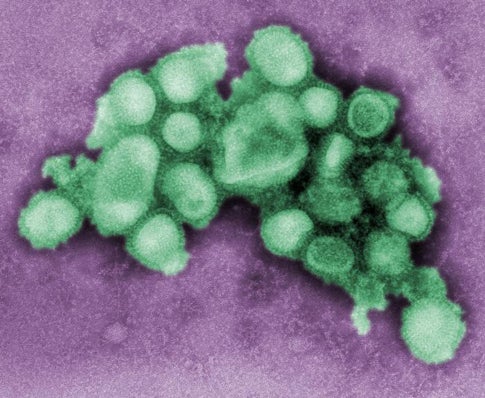 So, despite some media hysteria last week, it looks like the swine flu won’t be the death of us all. However, that does not mean the virus has stopped spreading, or that it won’t reach pandemic levels and possibly cause significant economic damage.

The Wall Street Journal took a look at some those possible economic consequences, in particular the effect the outbreak might have on vaccine manufacturers. The article notes: “The Obama administration is weeks away from a critical decision on whether to trigger mass production of swine-flu vaccine, which could affect the bottom lines of big vaccine makers as well as public health.”

In this case, overreaction could cost taxpayers hundreds of millions of dollars, while underreaction could cost the vaccine companies dearly and negatively impact public health. As Ross Hammond, a flu researcher at the Brookings Institute told PopSci, “Underreaction is dangerous because it interferes with the timing of deploying sufficient measures to prevent the pandemic from getting out of control. Overreaction is bad because it can lead to gridlock, unnecessary confusion, and unnecessary economic consequences.” With under- and overreaction so bad, let’s hope the government manages to hit the sweet spot of “reaction.”

The Associated Press has two slightly dire stores. The first shows that the swine flu has moved to the next level in the U.S., with 90 percent of flu victims receiving the infection in the U.S. rather than during time spent in Mexico. The second AP story quotes a World Health Organization official as saying this virus may infect as many as two billion people.

But if you were going to stock canned goods, Serious Eats wants to know what would be on your list of foods to horde during the viral meltdown. Personally, I would save up on bacon, brisket, sourdough bread, Three Floyds brewery beer and DVDs of the The Wire. Yeah, I know that last one isn’t food, but man cannot live on bread alone.

And lastly, from Reuters reports that the U.S. Navy has had to cancel operations as a result of the flu. The USS Dubuque had to forgo a humanitarian mission when 403 of its 420 sailors and 900 marines came down with H1N1 swine flu infections.

That’s all the flu news for today; see you tomorrow, and please, feel free to pose any questions you have about the flu in the comments section. I will try to answer them in later blog posts. Cheers!