A Monthly Contraceptive for Men?

Testosterone injections may take the rubber out of birth control 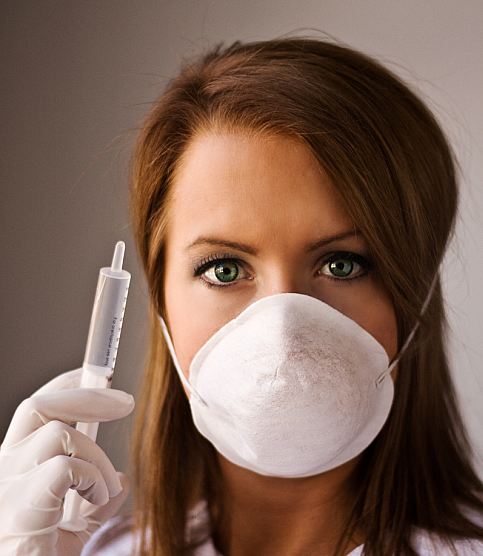 When it comes to contraception, women have their pick of techniques. In addition to sperm-blocking barriers and foreign objects in the uterus (IUDs), there are about a million ways to pump extra hormones into the bloodstream (pill, patch, ring, shot, or implant).

For men, it’s always been pretty much condoms or a vasectomy.

But medicine is (finally) trying to even the burden. Popular Science has featured several up-and-coming techniques, but most of them are still in the lab, more useful for multiplying rabbits than the reproductive habits of humankind.

However, a recent large-scale clinical trial, published in the Journal of Clinical Endocrinology and Metabolism, features a method closer to real-world use. The results show that someday men may be able to temporarily put their sperm on hold. If they’re willing to put up with a monthly shot. In the butt.

The study enrolled about 1,000 healthy men and their female partners. In a preliminary phase, docs gave men monthly time-release testosterone shots for a few months until exams showed that their sperm counts had dropped to sub-preggo levels. Then the couples mated at will, without the aid of other contraceptives, for two years. Those who stuck it out ’til the end of the two-year test period had nine “oops” pregnancies, a failure rate of 1.1 in 100 couples per year, comparable to perfect use of condoms or the pill.

Caveats: Testosterone injections don’t prevent STIs. (They do tend to increase sex drive.) The initial shots didn’t lower the sperm counts enough for 5 percent of the men to try the method for contraception. Two poor fellows’ sperm counts never recovered at the end of the trial. And about a third of the guys who enrolled in the trial dropped out before it ended due to a combination of going MIA, skipping injections, and rare side effects (skin rash, severe acne).

So, men, would you be willing to put up with this literal pain in the ass in order to keep the reins on impending parenthood? Ladies, would you ever trust a man with the future of your womb? Chemists and pharmacists, why can’t testosterone work in a pill?