Dino vs. Flu vs. Nuclear Reactor

A nuclear reactor leak, decoded dinosaur proteins, and swine flu?! The news gods have smiled on this blogger 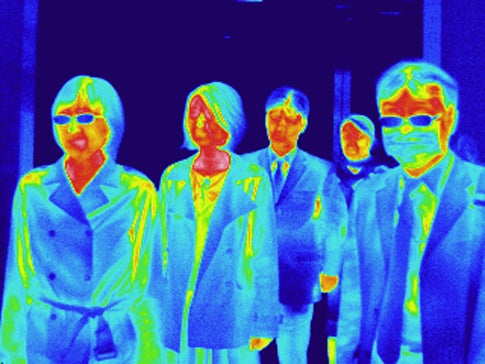 Scientists decoding dinosaur flesh? Problems with nuclear reactors? We got something for everyone in today’s news roundup. All of a sudden, I’m a lot less scared of the flu…

First, though, on the swine flu front, Slate explains how Asian countries use heat sensors to help screen for flu victims. NEC, the electronics manufacturer that makes the cameras, told PopSci.com that there are 108 of them deployed at airports in Japan, but they couldn’t say how many were in use at other Asian airports. Also, like the Slate piece, they couldn’t say if the technology actually helped prevent the spread of the flu.

Next, from the journal Science comes news that paleontologists have the successfully sequenced duck-billed dinosaur proteins. Previous papers claimed to have discovered T. rex proteins, but this claim seems more sound. And while 80-million-year-old protein is impressive, I’m still holding out for something that can eat Jeff Goldblum.

Finally, the New York Times reports that the Indian Point nuclear power plant in upstate New York has reported a leak in pipes carrying the water that would cool the reactor in the event of a shutdown. Only 25 miles from New York City, the reactor provides around 30 percent of the energy for the metro area.