Does this cheese taste maluma to you? 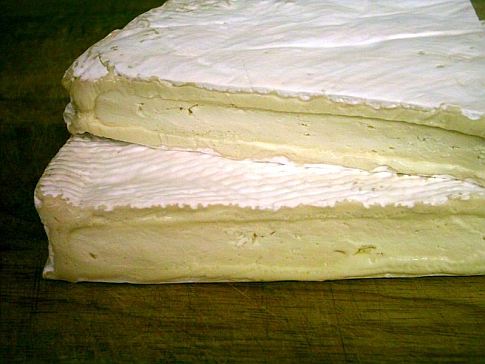 A chef and a professor are teaming up to create a dining experience that capitalizes on synaesthetic perception that links tastes to certain sounds. Synaesthesia is the association of different sensory perceptions — hearing shapes or seeing music.

But while synaesthesia is considered rare — found in less than 1 percent of the population — Oxford University researcher Charles Spence says that, in fact, most people actually do experience some form of it. Spence, a professor of experimental psychology, and co-author Cesare Parise conducted tests and found that volunteers seemed to match certain tones with certain shapes — a lower pitch matched a larger dot, while a higher pitch matched a smaller dot. Likewise, an experiment in 1929 found that people consistently paired up a shape with rounded edges with certain names containing “softer sounds,” and a shape with hard angles with a name with “sharper sounds.”

In his culinary collaboration with chef Heston Blumenthal, Spence plans to attempt a similar effect with food, associating particular tastes at Blumenthal’s restaurant with the sounds of certain words.