Strange Substances of Many Sorts 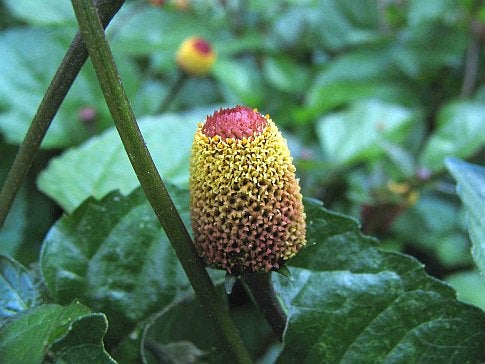 What could be more fun than eating pop rocks, and tastier than licking a 9-volt battery? Eating a “Szechuan button,” a plant used widely in South America, Africa and Asia, proving once again that other cuisines really have more fun.

Quotes of the day, from today’s links: “Clean coal harnesses the awesome power of the word ‘clean’!” and “Oh, I’m producing massive amounts of saliva.”