Nathan Wolfe: Did We Mention This Guy Was Brilliant?

PopSci "Brilliant 10" alum takes the TED stage to talk about his groundbreaking work as a virus hunter; see the video! 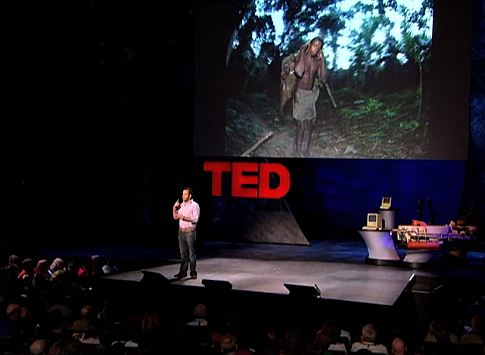 When it comes to viruses, especially the serious kind that can make you bleed from your eye sockets and wipe out entire villages, most people naturally prefer to keep their distance. Not Nathan Wolfe. The 39-year-old epidemiologist has spent the past 10 years hunting them down in the jungles of Southeast Asia and sub-Saharan Africa. By collecting thousands of blood samples from wild animals and the people who live in close contact with them, Wolfe and his team have uncovered new viruses related to HIV and smallpox. He’s even documented how these animal-borne killers leap to humans, with blood serving as a vector in transmitting viruses from slaughtered animals to hunters.

For his efforts, this magazine named Wolfe one of the 10 brightest young scientists in the country in 2005, and it’s no surprise that his brilliance continues to shine. Last year, he founded the Global Viral Forecasting Initiative, a formal early-warning system to find lethal viruses before they make their way to airports, blood banks and other distribution portals that fan global pandemics like HIV. “What happens in Central Africa doesn’t stay in Central Africa,” he told an audience at the TED conference last month.

His big message is simple: We can no longer afford to ignore the poverty that makes bush hunters dependent on high-risk prey that could harbor tomorrow’s next big public health crisis. “We neglect the problem at our peril,” says Wolfe.

See the virus hunter’s powerful TED talk for yourself: