The Joy of Cardboard 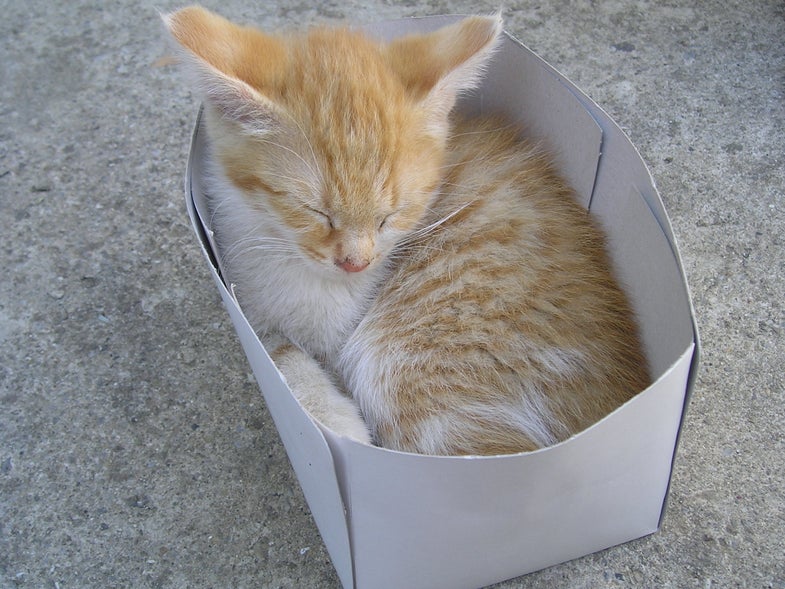 Imagine life in a cardboard box — but without the smell of urine and stale body odor of a bum’s home, and with a whole lot more accoutrements. A Dutch ad agency works in an office where all the furniture is made of cardboard. People are encouraged to doodle but, presumably, asked to be very, very careful about spilt coffee. And if you’re wondering how much joy they can get from the employees get from their surroundings, just ask your cat to explain the sublime pleasure of, say, hiding in a box, to say nothing of shredding those corrugated scratching posts.