The Future Isn’t What It Used to Be 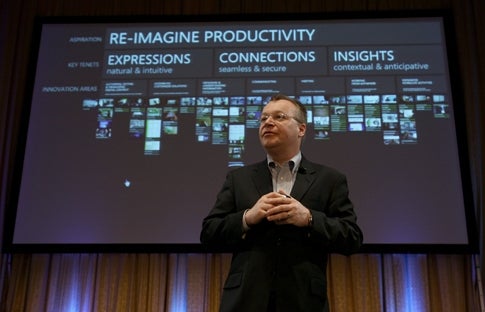 Predictions for the future generally come in two flavors: blighted hellscape or techno-utopia. Last week, Microsoft Business Division President Stephen Elop introduced Microsoft’s vision of 2019 with a slick new video, and it is a future that falls decidedly in the later, more optimistic category.

The problem? The 2019 Microsoft details with this video is almost identical to the 2004 predicted in this video produced by Sun Microsystems in 1992.

Prognostication is always a rough business, and as a magazine that ran a story about a hybrid electric car going on the market in 1993, Popular Science knows that better than anyone. But does Microsoft really believe the next ten years will produce no technologies that weren’t already predicted almost 20 years ago?

Multi-touch? The Sun video’s go it. Interactive video conferencing? Got it. Gesture interface? Got it. In fact, other than slicker animation, and a now tacky Princess Di reference, the Sun video remains just as prescient as Microsoft’s commercial.

But don’t take my word for it. I implore you, the readers, to watch both videos and report back in the comment section whether you think Microsoft actually lacks creative (and is actively cribbing from Sun), or if you think I’m being too hard on them. Your own predictions about 2019 are also welcome. And I’ll get the ball rolling by saying that mine involve very little gesture interface, but a great deal of eating dog food and fighting leather clad radiation mutants. Good times, the future. Good times.