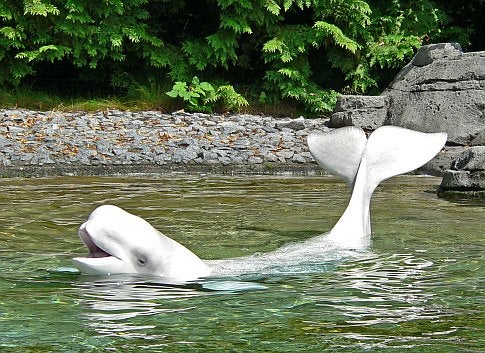 Yes, she’s still in the news. This time it’s a battle over protecting beluga whales. Erstwhile VP candidate Sarah Palin has filed a notice of intent to sue the federal government over protection for the belugas of Cook Inlet. Her chief of staff wrote the fabulously titled op-ed for the Anchorage Daily News, “Protection Requirements for Cook Inlet Belugas Are Silly.”

Also in today’s links: lighting the earth’s farts, wearing out your brain on Facebook and more.