A Llama Could Save Your Life 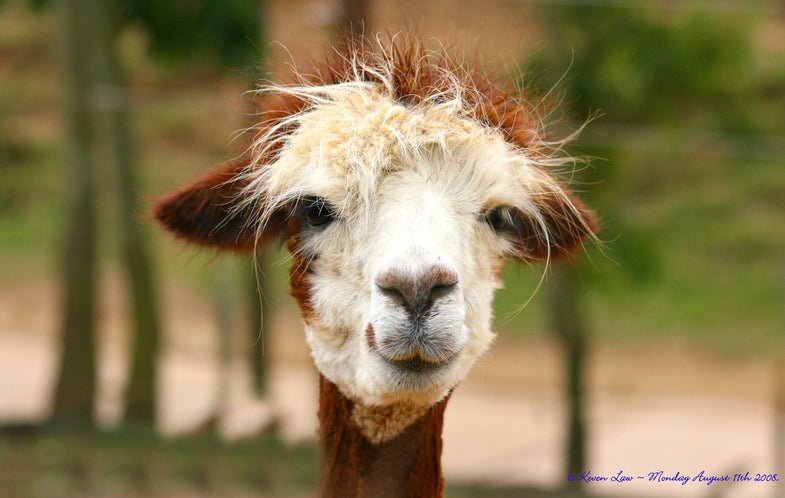 Spitting, kicking and saving lives: all in a day’s work for the lovable llama. Scientists have found that the uniquely small size of the llama’s antibodies, used by the immune system to identify and counteract bacteria and viruses, could provide new and improved therapies for diseases including cancer, Alzheimer’s, and diabetes.

South American llamas, along with their camel relatives, have something found in no other species. Their antibodies are about 90 percent smaller than the antibodies of humans, allowing the immune system fighters to better target invading bacteria and viruses. Drug developers plan to take advantage of these tiny but effective proteins to create better therapies for the world’s diseases.

All hail the llama, the spitting superhero!