Does Hollywood Really Need to Get the Science Right? 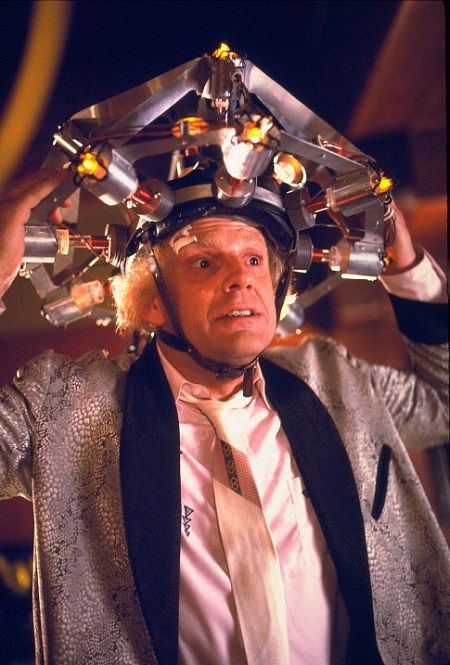 You can almost see scientists rubbing their hands (or groaning) whenever a new Hollywood film rolls out, riddled with scientific errors. But one astronomer recently voiced a possibly blasphemous suggestion – maybe it’s ok if a movie flubs the facts, as long as it gets the big picture right about science and scientists.

Seth Shostak of the SETI Institute comes with his own experience on Hollywood sets, having served as scientific advisor on the 2008 remake of The Day the Earth Stood Still. His biggest problem wasn’t with the alien technology of Klaatu, the extraterrestrial harbinger of doom played by Keanu Reeves. Instead, he fought for the filmmakers to stop showing the scientists as number-crunching stereotypes.

“Real scientists don’t describe an object entering the solar system as ‘notable for the fact that it was not moving in an asteroidal ellipse . . . but moving at nearly three times ten to the seventh meters per second,'” said Shostak in his LiveScience movie report. “More likely, they would say that there was ‘a goddamned rock headed our way!'”

Shostak appears to have taken this lesson to heart as part of a panel on Hollywood science at this past weekend’s AAAS conference. Besides trying to make his fictional counterparts more recognizably human, he emphasized the need for films to focus on conveying the scientific method rather than quibble over details. Case in point—Shostak noted how even bad monster flicks inspired him to pursue a scientific path when he was young.

Another panel member disagreed, saying that inaccurate science could have consequences beyond fictional settings. Wayne Grody, a physician at UCLA who has consulted on shows such as CSI and Heroes, suggested that wrong depictions of medicine could confuse viewers.

Perhaps some people do take away more science than they should from their favorite films or television shows, although I’d like to see the court case where someone successfully sues Grey’s Anatomy for misleading them on a medical condition.

However, Shostak’s point seems valid on the whole. Even medical educators have used shows such as House and “Scrubs to engage medical students to grapple with bioethical issues. The power of big or small screen drama comes from compelling characters that may represent hotshot doctors or scientific geniuses, but also have human quirks that allow viewers to empathize.

Such stories serve the purpose of helping demystify science. Moviegoers watch the paleontologists at work in Jurassic Park or the [ Sunshine, and think hey – those are some neat people doing interesting things.

After all, science fiction writer Isaac Asimov once said that sufficiently advanced technology (aka science) could become as mysterious and impenetrable as magic. Storytellers may help shine a light into the murky temple by creating relatable characters that practice science. Science journalists play a part in the demystification as well, except the job description weighs more heavily toward “inform” rather than “entertain.”

So if storytelling requires having space battles in Battlestar Galactica play out more like fiery operas rather than silent ballets, that’s ok. Time travel on Lost is no problem, either. There are still plenty of science journalists ready and willing to explain the science that did (or didn’t) go into a story.

For other PopSci takes on Hollywood science, see:

The Science of Superheroes

The Science of Star Trek

The Science of Sci-Fi