New research shows that some strains of bacteria can be tricked into killing off their own kind; it may have future applications in medicine

Bacterial infections are the number one killer in hospitals, and while most can be treated with antibiotics, there are many strains that have developed resistance to the drugs. New research from Tel Aviv University and Texas University suggests that bacteria can be outsmarted by turning their natural defense mechanisms against them, which can completely wipe them out without using antibiotics.

When bacteria are starved or exposed to other stressors, they release a chemical that kills off some of the colony so that the rest can survive. But, according to Eshel Ben-Jacob of TAU, co-author of the study, they exhibit a kind of “rudimentary social intelligence” which prevents them from killing the entire colony. The new research exploits that idea by exposing two neighboring sibling colonies to the same chemical signal.

The result was that the siblings—which came from the same original colony—killed each other off. And, when the chemical messages between the sibling colonies were cut off, the bacteria stopped dying.

Custom-Made Bacteria
The bacteria used in the study, Paenibacillus dendritiformis, was developed by Ben-Jacob specifically for this type of experiment. According to Ben-Jacob, P. dendritiformis have a complex social life and display relatively large, striking patterns that make reactions to the chemicals easy to observe. The bacteria have genes specific to cannibalism, communication, and have a highly developed defense system, which makes them ideal for exploring ways in which to exploit these features.

P. dendritiformis is not pathogenic, so there is no risk of infection for the researchers. The bacteria are also representative of many strains that are resistant to antibiotics, which makes them a good model for experimentation.

Smart Bugs
According to Ben-Jacob, bacteria are surprisingly intelligent: “In the medical community, they perceive the bacteria as a collection of dumb creatures, but they actually not.” This collective intelligence can and should be used to turn the bacteria against itself, rather than spending time and money developing antibiotics, he says.

In this study, each bacteria colony is around four inches in diameter, and the number of bacteria is around ten times the world’s human population. Every individual bacterial cell is in constant communication with all the rest. “Think of it as if ten times the number of people on earth were all connected by SMS to every other one, sending messages all the time. It is even better than fastest kid texting today,” said Ben-Jacob.

Click here to see more images of the colony. 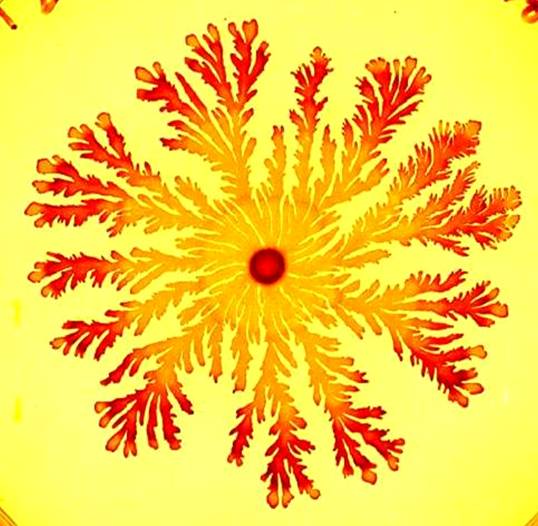 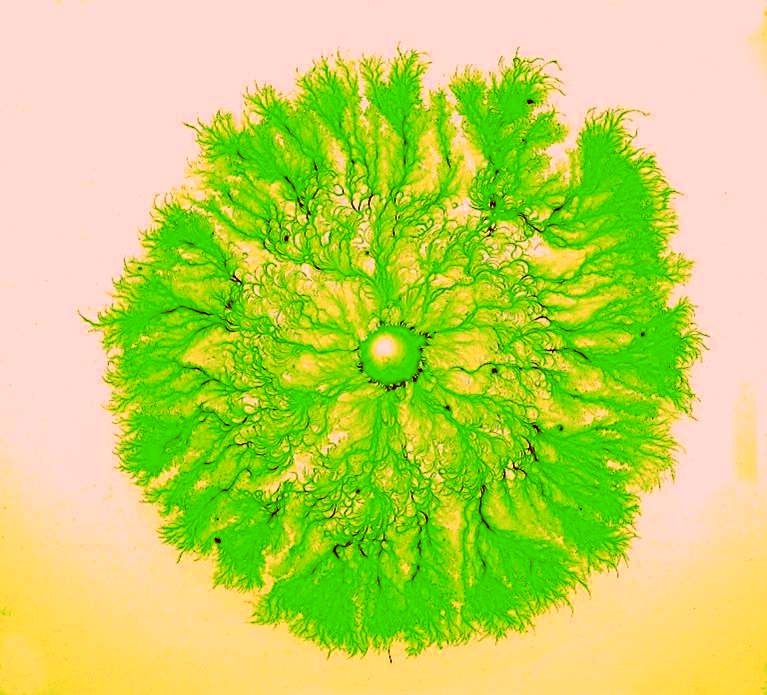 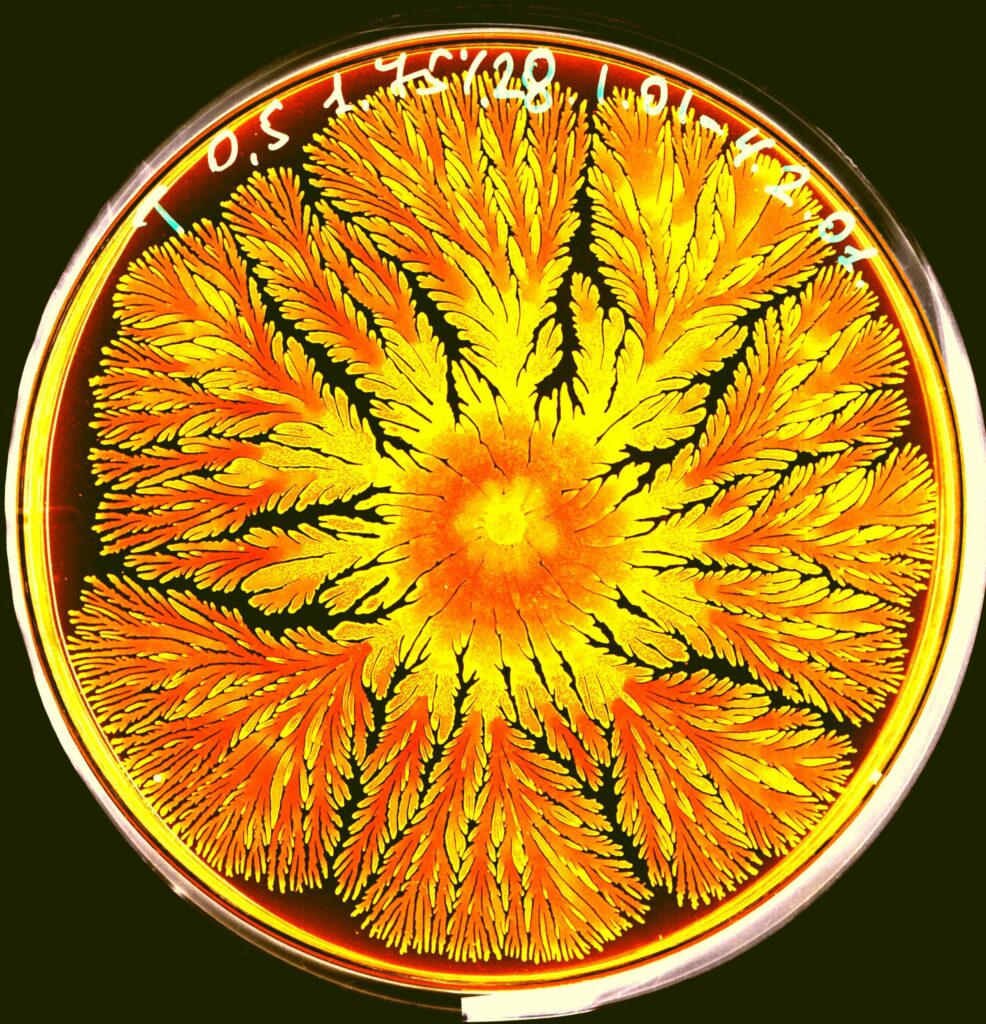