Steve Jobs, Sir … May I Take Your Pulse? 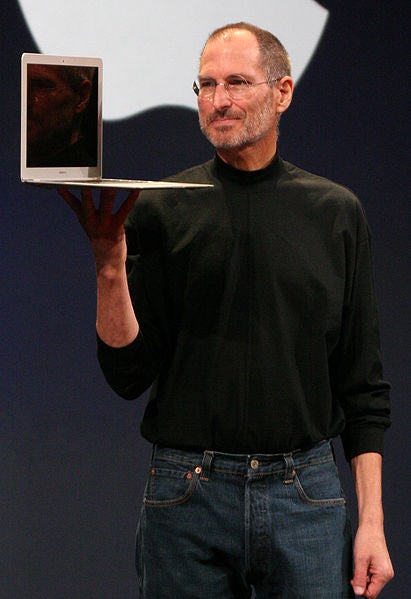 Apple announced last week that Steve Jobs was taking a medical leave of absence until June, leaving techies atwitter about the CEO’s health. Now researchers argue that the Securities and Exchange Commission (SEC) should require companies to disclose the health of CEOs to shareholders.

Uncertainty over Jobs’ health has already stirred massive speculation and some angry rumor-backlash against news sites and blogs such as Gizmodo. PC World pointed out that the lack of information leaves journalists to rely on contradictory insider accounts and hearsay.

SEC regulations already require companies to disclose events and conditions that might affect a company’s future or market value, such as financial risks from climate change, executive officer compensation, and uncertainty over liquidity and capital resources.

A prior U.S. Supreme Court ruling (TSC Industries v. Northway) could pave the way for SEC rules to take CEO health into account, according to Alexa Perryman, assistant professor of management at Texas Christian University in Fort Worth.

“We suggest that the SEC should directly classify the health of the CEO as a material fact requiring disclosure,” Perryman said.

Past events show that people do indeed care about what happens to CEOs of major corporations such as Apple. A false rumor that Jobs had suffered a heart attack last October caused Apple’s share price to plummet 10 percent in as many minutes. Apple stocks dipped again in December after another yet another Jobs health-related rumor.

Perryman and colleagues add that disclosure should apply when an illness or condition 1) immediately endangers the life of the CEO, 2) requires a lengthy absence, or 3) impacts the CEO’s ability to reliably perform his or her job. Their full article is slated for publication in a future issue of Business Horizons.

This all sounds remarkably similar to the debate over whether presidential candidates should disclose health conditions that would endanger their ability to act as commander-in-chief. Most experts agree that American voters deserve to know if a candidate harbors a critical health problem, similar to what Perryman lays out for shareholders and CEOs.

But no one has quite figured out just how mandatory disclosure would work, whether for presidential candidates or CEOs. Medical privacy raises one issue, as does the question of what independent group of physicians would oversee the required health exams.

Voluntary disclosure provides perhaps the only interim solution, as some experts have suggested for presidential candidates. _Fortune_ points out that Apple could have adopted more transparency at the start about the CEO’s health, not to mention the company’s line of succession. Having a visible and clear successor could go a long way toward reassuring shareholders that a company can continue running–even without a Steve Jobs.