As Seen On TV: Can Science Keep Pests at Bay?

In the newest installment of “As Seen On TV”, we look at an electromagnetic answer to a four-legged problem 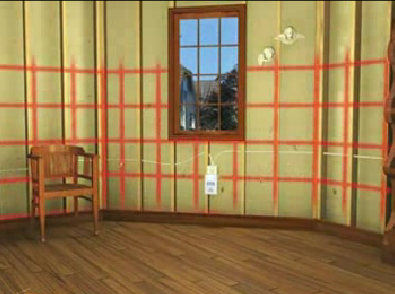 Rodents get a bad rap. Sure, some of them carried the Black Plague, devastating Medieval Eurasia. And yes, sometimes their feces can spread the deadly Hanta virus. But they don’t mean any harm, they just want to eat your trash and chew on some insulation. Regardless, that hasn’t stopped mankind from turning to everything from traps to cats to poison to get rid of them. However, if you watch enough late night TV, you’ll know that Riddex thinks there’s no better way to deal with pests than electromagnetic radiation.

Riddex plug-ins send a pulse of electricity back through the wiring in a home. The wires then emit a field of electromagnetic radiation which they claim keeps pests away. And while there is evidence that rodents don’t like electromagnetic fields, there’s also evidence that Riddex doesn’t quite create the “pest repellant force field” the commercials claim.

According to Laurie Braden, President of Global TV Concepts, the device was first conceived in 1983 by Chuck Patterson and Gary Lutz, two Iowa pig farmers. Eager for a more cost effective mechanism for keeping rodents out of their feed, the farmers eventually developed the integrated circuit that controls the device. The circuit routes electricity back into the wires, creating a pulsing, 110-volt field of electromagnetic radiation.

“The testing that was done was on rats, mice and roaches,” said Braden, “but through many customer testimonials written in over the years, they say it works on all kinds of pests. But we can’t claim that because we never did any studies.”

Braden was unsure how exactly the electromagnetic field deterred rodents, but Jeffrey Creim, a biological modeling scientist at Pacific Northwestern National Laboratory who conducted tests on the rodent-repelling effects of electromagnetic fields, has believes its all about the hair.

“One of the hypothesis that have been forwarded is piloerection. The field makes the hair stand up, which is uncomfortable for the rodent, and the rodent wants to go somewhere that it can be comfortable,” said Creim.

Tests Creim conducted in the early 1990s showed that rats would avoid fields of intense electromagnetic radiation. However, Creim’s experiments used fields of 75 kilovolts, many orders of magnitude more intense than the 110-volt fields generated by Riddex. Additionally, related tests showed that rat behavior was not statistically significantly different when the rat was exposed to low intensity fields like the one Riddex propagates.

And according to Gemma Casadesus, Director the Case Western Reserve University Rodent Behavior Core, rodent adaptability poses another problem for Riddex. As Casadesus tells it, rats quickly adapt to new trap designs and the introduction of new predators, and even grow immune to many poisons. Even if the weak electromagnetic field does keep rodents away, it won’t do so for very long.

“Rodents are much more sensitive at picking up environmental stimuli, but are also better at changing and adapting to them, both physiologically and behaviorally,” said Casadesus. “That’s why they’re so successful.”

So maybe electromagnetic fields don’t create the advertised “”pest repellant force field.” But then again, for my money, the only good way to catch a mouse is to turn the crank, snap the plank, kick the ball right down the chute, knock the ball in the rub-a-dub tub and flip the man into the can. Then the trap is set. Here comes the net!

Click here to see previous installments of “As Seen on TV”