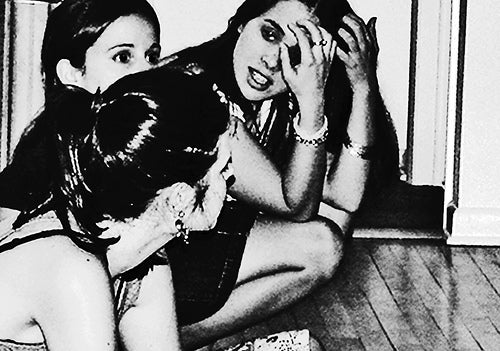 The femme fatale is a staple of film noir. With gams to Cleveland and moxie to match, they lure men in before pulling the old 23 skidoo and pitching woo with the next Joe at the speakeasy. However, a new study claims both the hourglass figure and the readiness to cheat on a man both result from the hormone Estradiol.

The study, which looked at 52 female undergraduates at the University of Texas at Austin, claims that women with a high level of the hormone both expressed more desire to cheat on their partner and were ranked as more attractive than their Estradiol-impaired peers. But some think that the study might be mistaking social effects for physiological ones.

“If more attractive man comes along, women with high levels of this hormone are more willing to leave their partner for him,” said Kristine Durante, a doctoral candidate in psychology at UT Austin and lead author on the study. “These women aren’t having more one night stands, they’re trading up.”

The study, which appeared in the journal Biology Letters, asked the participants to rate the chance that they would flirt with, kiss or have sex with someone other than their current partner within the next year. The level of estradiol measured from saliva samples directly correlated with the participants’ response that they would cheat on their boyfriend. Additionally, when full body photos of participants where shown to two male and seven female research assistants in the lab, the nine subjects rated the women with the higher levels of estradiol as more attractive.

But Virginia Sadock, director of the program in human sexuality at New York University Langone Medical Center, thinks the study has too many flaws to be generally applicable. Aside from doubting that the statistics used by the authors effectively differentiated between chemical and social/psychological effects, Sadock also believed that the sample size for both the cheating survey and the attractiveness rating were too small and too specially selected. Also, Sadock thought that a sample consisting almost entirely of white, university educated, 19 and 20-year-old women makes the study hard to apply to women outside of that demographic.

“The only way to properly control for the social factor would be to give women who have low estradiol the hormone and see if things change,” said Sadock, “and that may not be possible.”

However, Sadock did call the study a good start, saying “it’s interesting, but its just not enough yet.”

But while scientists may quibble over the quality of the study, Durante has already received an unexpectedly large response from the general public.

“I got letters from wives saying ‘know I know why I want to leave my husband!”, said Durante, “and one guy who wrote that his girlfriend left him, but that now he feels better because he knows that its just the hormone and not him.”

“It’s not you, it’s the estradiol?” Doesn’t quite have the same ring to it…