Two psychological experiments suggest that eyewitnesses aren’t all that accurate, especially when a confession is involved 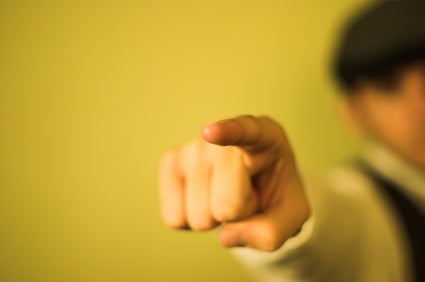 Witnesses still hold sway in the courtroom, even as the reliability of human memory is called more and more into question. According to the Innocence Project, a legal group devoted to exonerating the wrongly incarcerated, mistaken eyewitnesses account for three quarters of convictions later overturned by DNA evidence. Now two new reports in the journal Psychological Science _suggest that eyewitness reports may be even more prone to inaccuracy than previously thought, even when memories are fresh in one’s mind, and _especially when someone confesses.

In one study, researchers showed participants a clip of the television show “24”, split them into two groups, and immediately quizzed one group about the clip while the other played games. Both groups then listened to an audio “recap” of the show that was intentionally false. Common sense would suggest that the witnesses questioned immediately should be better able to remember the real plot than the ones who played games, but after both groups were quizzed on the original story line, the people that had been questioned right away actually did worse in their final quiz than the group that played around—remembering less of the true facts and more of the false.

In the other study, researchers staged the theft of a laptop in front of small groups of college students. The participants were asked to make a description of the thief, and then examine a lineup, which did not include the real thief. Then they were asked to identify the thief if he was present, and rate their certainty from one to 10. One hundred seventy-three identified one person in the lineup, and only 33 correctly found that none of the suspects was the thief.

Two days later, participants were brought back in, and told either that all lineup suspects had denied the theft, or that one or another had confessed. Then they were asked to rate their confidence in their initial identification (or no-identification) and change it if necessary. Overall, a confession changed confidence in every case, and identifications in many. If someone other than their original choice confessed, almost two-thirds of those witnesses changed their identification to the confessor. If the person they identified confessed, their confidence went up from six to eight-and-a-half. Even among witnesses who correctly chose no one from the first lineup, 50 percent changed their mind after a confession from a specific suspect.

The authors of the second study report that their findings are particularly worrisome because the law assumes each piece of evidence in a trial to be independent. If a false confession can affect eyewitness testimony, then both are nullified by the falseness of the one. “Once informed of a confession,” they report in their paper, “an eyewitness is forever tainted.”