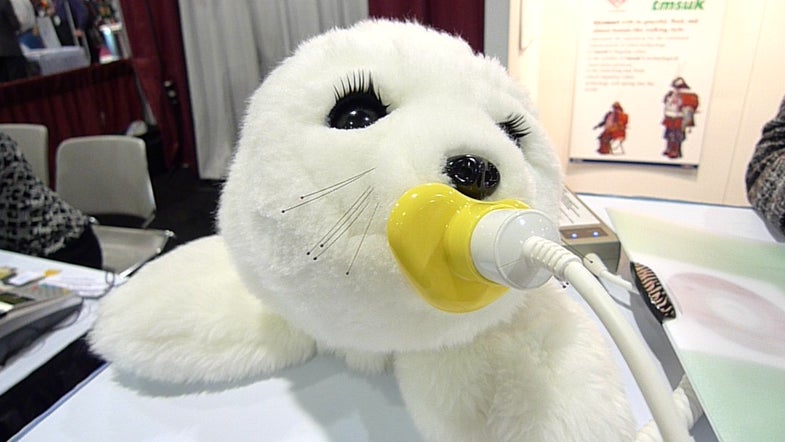 For five years now the ill and elderly in Japan and Europe have had adorable, furry, sensor-ridden robotic seals to speed recover and improve health. Two months ago PAROs arrived stateside and are gaining traction in nursing homes and hospitals across the country. At $6,000 a pop, they’re not cheap, but they also don’t smell, bite, require training, or cough up an unexpected hairball. Similar to that other four-letter robot, PARO has sensors that track everything from touch to light to posture and learns from human interaction. Stroke the thing and it remembers what action caused the positive feedback. Smack it, and it won’t repeat the “bad” behavior which preceded the beatdown.

Why seals? “People don’t have many interactions with them,” explained a PARO robots spokesperson. “They won’t be let down by any preconceptions they might have.”

See the cutie in action, after the jump.