Why Are So Many Kids Allergic to Peanuts?

Ask the experts at Popular Science 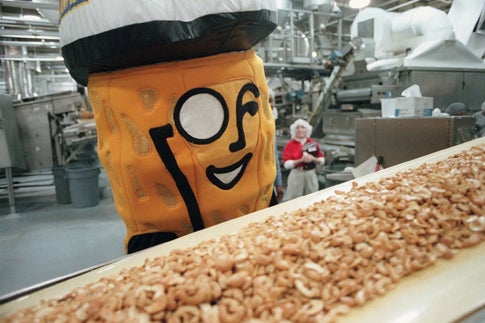 The number of school-age kids with peanut allergies has doubled in the past decade. Yet scientists can’t quite put their finger on what makes the legume such a threat or why the allergy has become so prevalent.

Theories abound, though, and most involve an overactive immune system. “We have done such a good job of eliminating the threats that the immune system is supposed to manage, that it’s looking for something to do,” says Anne Muñoz-Furlong, CEO of the nonprofit Food Allergy and Anaphylaxis Network. Parents feed their kids more handy snacks these days, she says, and many of those contain peanuts or their derivatives. “We’re bombarding the immune system with these [food-based] allergens, so it’s attacking those instead.” Indeed, food allergies in general are on the rise.

But peanuts seem to trigger especially violent immune reactions. This might be because they contain several proteins not found in most other foods, posits Robert Wood, an allergy specialist at Johns Hopkins University, and the structure of these proteins stimulates a strong immune response. Research suggests that roasting peanuts, as American companies do, might alter the proteins’ shape, making them an even bigger target. Allergy rates are lower in China, where it’s customary to boil peanuts, which damages the proteins less. (It’s worth noting, though, that China is also more polluted, so people’s immune system might be concentrating on traditional threats.)

Typically, the immune system treats peanuts as safe, but some scientists believe that early and heavy exposure to peanut products might cause it to misidentify them as dangerous. This theory is strengthened by the fact that 8 out of 10 allergic kids have a reaction the first time they eat a peanut, indicating a previous indirect exposure, possibly even in the womb or through breast milk.

Or maybe it’s all the videogames. Scientists think vitamin D, which the body needs sunlight to make, helps the immune system label substances as innocuous and thus build up a tolerance. Children who spend less time outdoors tend to be deficient in D, Wood says, so their body might mislabel peanut proteins as dangerous. Parents looking to protect their kids might consider sending them outside — and not washing their hands when they come home.