Medical Myths Revealed, in Time for the Holiday Season

Are poinsettias really toxic? Can you cure that eggnog hangover? These and other holiday myths put to rest 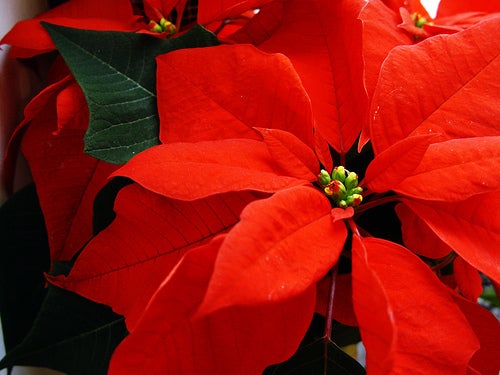 Commonly held medical myths that many people—doctors included—take for granted are actually scientifically inaccurate. In the spirit of science, the cold winter weather and the upcoming holidays, researchers from Indiana University School of Medicine have compiled a list of six common medical myths and proven them wrong, using data culled from medical literature on Medline and Google.

We’ve all heard warnings to keep poinsettias away from small children and pets because of the festive plants’ toxic flowers and leaves, but it turns out this myth has no scientific basis. Out of 22,793 poinsettia exposures reported to the American Association of Poison Control Centers, not one resulted in a death and 96 percent didn’t even require medical attention. Animal studies support the findings: a study on rats that ingested poinsettias found no evidence of toxicity.

Moving onto what can sometimes feel like a self-induced poisoning: the holiday-party hangover. Despite the seemingly endless list of hangover cures floating around the water cooler the day after (for those who even make it to work), there are “no effective interventions in either traditional or complementary medicine”, according to the study.

Other myths regarding over-consumption were also debunked. Sugar does not make you hyperactive and nocturnal eating does not make you fat. Several behavioral studies comparing children who had eaten sugar with those who had not found no significant differences between the two groups. And while some say eating leftovers and other goodies late at night will cause weight gain, science says no. You’re actually more likely to gain weight from skipping breakfast than from indulging in a late night snack.

With shopping, family-related stress, money woes, shorter and colder days and the possible loneliness of spending the holidays solo, many believe the myth that the suicide rate skyrockets at this time of year. But studies from across the world don’t reflect this, and many actually show a lowered suicide rate during the holidays. In fact, suicide rates in many countries increase in the warmer spring and summer months, rather than during the winter.

And finally, if anyone admonishes you for leaving the house without a hat on a cold day this holiday season, tell them to go stuff the turkey. The myth that up to 45 percent of your body heat escapes from your head is just that: a myth. Your head doesn’t lose heat any faster than any other part of your body, so while wearing a hat might keep your ears a little warmer, it won’t greatly affect your overall body warmth.