Don’t Blame the Baby for Your Belly 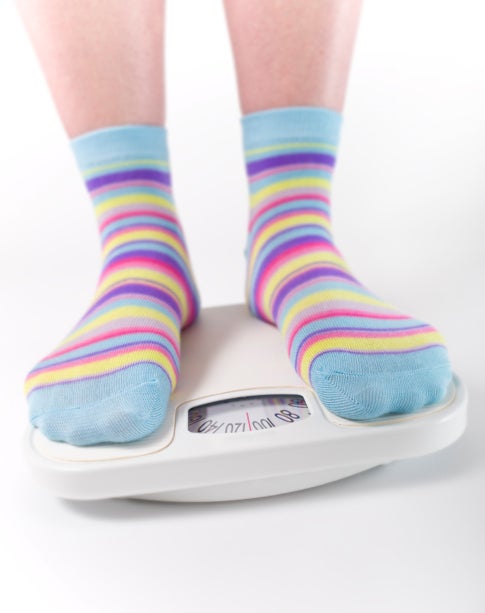 The stereotype of pregnant women experiencing bizarre cravings has long had people believing that all expectant mothers go a little crazy when it comes to food and drink over the course of nine months. Though the image of a petite woman screaming at her husband at 2:00 in the morning, “I WANT BROCCOLI AND STRAWBERRY SYRUP!” may lead us to imagine that all pregnant women gain extra, non-baby weight, a recent study shows that those who are more likely to over-gain weight during pregnancy are overweight or obese mothers-to-be who underestimate their weight at the beginning of term.

Those in the overweight group who underestimated their weight tended to be non-white, from lower income households, less educated, and unmarried. Generally, they ate less fruits and vegetables—but did not eat any more fried foods or exercise any less—than women in other groups who accurately identified their body type. Those in the normal weight group who overestimated their weight showed no marked differences in diet or exercise than those who accurately self-reported.

So, why are these women not able to recognize that they are overweight or obese? Researchers have a hunch that’s it due to the obesity epidemic sweeping the United States. It’s so prevalent, that, to many, overweight body types seem like the norm. And what’s the problem with weight misconceptions when it comes to pregnancy? Women who do not accurately asses their body types are less likely to follow pregnancy weight-gain guidelines, and are therefore at a higher risk for caesarean sections, giving birth to larger babies, and having more difficulty getting back down to their pre-baby weight.

It’s important to correct these false perceptions—as long as nobody tries to mess with the strawberry syrup-covered broccoli.