A Scientist, a Liberal and a Conservative Walk Into a Bar

...which one laughs first? 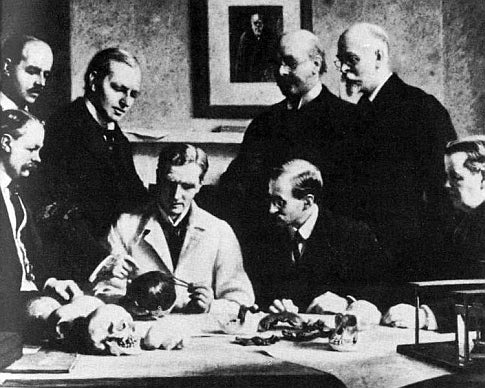 Election Day is, of course, a serious matter. But maybe less so for conservatives who, according to a recent study, seem to appreciate humor more than liberals. So if you somehow haven’t yet figured out how to vote, take note of how hard you laugh at these jokes before you cast your ballot.

New Scientist runs down seven of the greatest scientific hoaxes. No word on how long until “Intelligent Design” is added to the list.

CNN reports that — surprise — the Internet can be a pretty mean place. Don’t agree? You can leave a #$&@!ing comment below.

The end of unlimited data may be nigh: AT&T has started a metered billing trial in Reno.

If you have money — but not too much money — to burn, check out Forbes’ list of 2009’s fastest cars under $100,000. Only dreaming? Then see their list of fastest fictional cars.