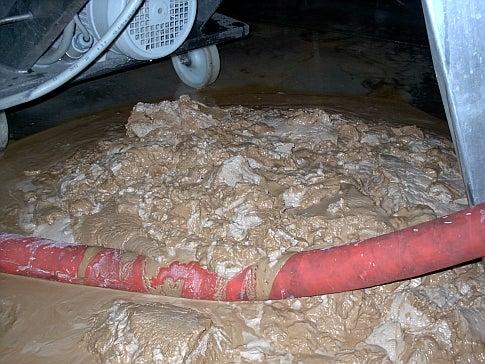 As any brewer will tell you, the yeast used to make beer tends to bunch up during fermentation. However, despite thousands of years of brewing and decades of genetic research on yeast, no one was able to explain why yeast stuck together. Now, not only has the gene behind the clumping been discovered, but that gene also offers an interesting look at how life may have become multicellular, and provides a new example of an important evolutionary theory.

A team of scientists at Harvard University reported last week that they isolated the single gene that allows yeast to stick together. That gene allows the normally solitary yeast cells to shield themselves from toxins in their environment by banding together in protective balls. Since one of those toxins is the ethanol that the yeast themselves produce, grouping together allows the yeast to survive in the alcohol-rich environment that results from brewing.

What’s more, the gene has a built in social value system that prevents yeast cells without the gene from taking advantage of the yeast flock’s protective sphere. That social control mechanism is an example of how single cells can regulate function in larger units.

“It does show that when these clump together, they do things they can’t do as single cells,” said Kevin Verstrepen, the lead scientist on the study. “You can look at it as a model of how single-cellular organisms can cooperate, taking a small step toward multicellular life.”

The gene, called FLO1, produces a Velcro-like protein on the outside of the yeast cells. When a yeast cell bumps into another cell with the same gene, they stick together. Producing the protein costs energy, so the cells with the gene pay a cost to reap the benefit of protection. However, some yeast cells with FLO1 try to get the benefit without paying the cost. When the balls first form, cells without FLO1 many constitute as 30 percent of the yeast flock.

Over time, the yeast cells with FLO1 weed out the freeloaders, pushing them to the outside of the ball. Through this process, the freeloading cells not only don’t get the benefit of being in the yeast ball, but they pay a cost by acting as the first line of defense for the yeast flock. “Instead of cheaters, they become suckers,” said Verstrepen.

FLO1 also provides the clearest example of the evolutionary theory known as kin selection. Kin selection says that organisms will contradict natural selection by reducing their own chances of reproducing by aiding their relatives because they share genes, and it’s the genes, not the individuals that reproduce. By being both common to the yeast and the source of their cooperation, FLO1 represents the most reduced possible version of kin selection.

For Verstrepen, who got his biology PhD from the Center for Malting and Brewing at the University of Belgium, this is just one more example of how much the science of beer has to offer the science of biology.