A Paper Stronger than Steel

The next generation of electronics, airplanes and could be made out of incredibly strong "buckypaper" 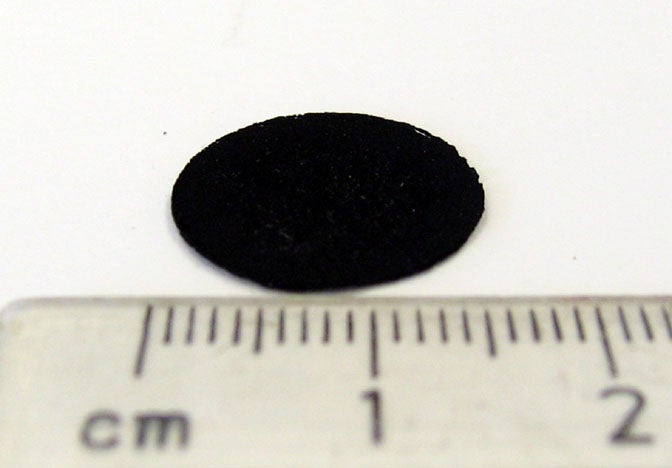 Imagine flying an airplane, watching a television or using a laptop computer made, at least in part, from a paper 500 times stronger and 10 times lighter than steel. It’s no ordinary paper; it’s “buckypaper”—a nanotechnology material that looks like carbon paper and is made out of tube-shaped carbon molecules 50,000 times thinner than a human hair. The material’s strength, however, comes when it’s stacked and pressed together to form a composite, giving it the ability to conduct electricity like copper and disperse heat like steel.

The origins of buckypaper date back to 1985 when Rice University scientists came upon a ball of 60 carbon items or “buckyballs” by chance (shortly after, Arizona State University scientists created buckypaper by sticking the balls together), but until now researchers have faced major challenges in getting the material to reach its maximal strength.

Last week, however, scientists at Florida State University (FSU) said they had made significant progress, which could soon turn buckypaper from a lab marvel to a large-scale commercial material for everything from aerospace vehicles to super capacitors and batteries. That’s because they have found ways to tackle the two major challenges that prevented the material from achieving its strength. One challenge is getting the carbon tubes to stick together without forming odd angles, and the other is to make the tubes less smooth so that they can stick together better.

FSU researchers overcame the first by using strong magnetism to line up the carbon tubes in the same direction. And they plan to improve bonding by creating surface defects on the tubes. So far, FSU scientists have been able to create buckypaper that is half the strength of the best existing composite material, IM7, and expect to have it as strong and even 35 percent lighter as IM7 by the end of next year.