Why does the planet act like a giant magnet? One scientist is building his own Earth to find out 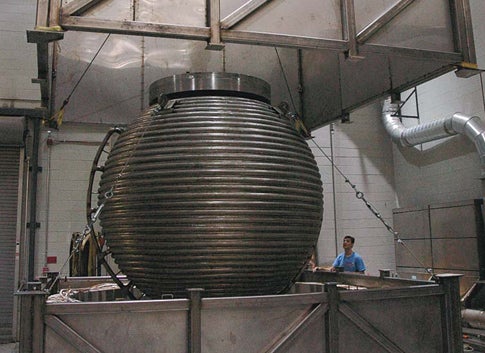 Dan Lathrop needs a bigger Earth. His old one is two feet across and 500 pounds, about 20 millionths the size of the real thing. And after four years of tests, it failed to generate a magnetic field similar to the real Earth’s, which shields us from the sun’s radiation and guides some navigation systems by pointing compasses north.

Lathrop, a physics and geology professor at the University of Maryland, thinks one key to creating a magnetic field is size. A bigger orb with more hot metal churning inside it, mimicking Earth’s iron core, could provide the mass needed to make a planet-shaped magnet. So he has spent $1.6 million in grant money building a fake Earth that is 10 feet tall and weighs 30 tons.

Our planet’s magnetic field has reversed directions hundreds of times throughout its history and has weakened 10 percent since monitoring began in the 1830s. Is it preparing for another reversal, which could make the field even weaker and expose us to harmful solar particles? 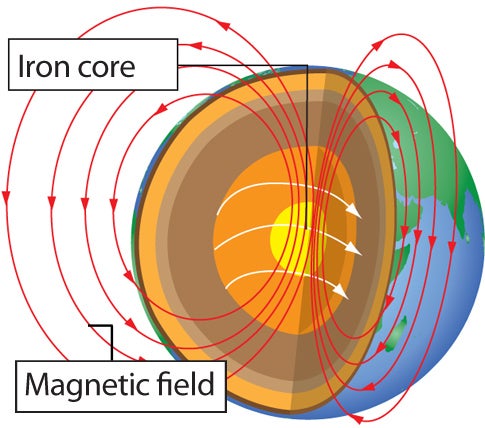 To find out, Lathrop spent the summer testing his new orb and its rotating mechanism. This fall, he will fill it with molten sodium, set it spinning at 90 miles an hour, and see what happens. Although scientists in Europe have produced electromagnetic fields by pushing liquids through pipes or mixing them in cylinders, none of these setups resembled a planet. “We have some inkling about how the Earth generates its electromagnetic field,” Lathrop says. “But we can’t predict what the field will do next.”

If Lathrop’s baby Earth succeeds in creating its own field, it could help scientists develop predictive models that would reveal what will happen to the planet’s magnetic field (and whether we should stock up on sunscreen).