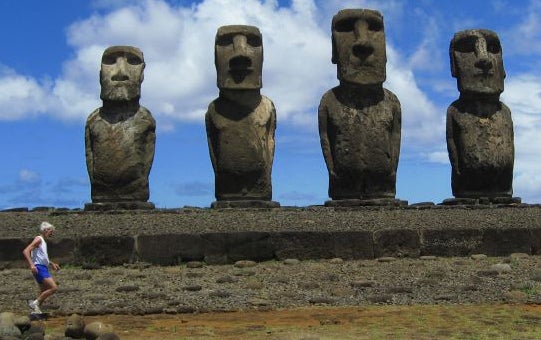 A recent study by Stanford researchers has confirmed your worst fears—that dorky neighbor in the short-shorts who zips by every morning at 6 o’clock in the morning will likely outlive you, and will be healthier in the long run.

James Fries and a team from the Stanford University School of Medicine began tracking 538 runners over the age of 50 in 1984. Participants have answered a detailed questionnaire about their injuries, quality of life, and running habits for each of the last nineteen years. Lo and behold, the runners, now in their 70s and 80s, had only a 15 percent death rate compared to 34 percent for non-runners. Even more, the oldsters in sneakers, who average 76 minutes a week on the blacktop, staved off the onset of major disabilities 16 years longer than non-runners, and had lower instances of cancer, infections, and other diseases.

And that age-old excuse for not getting off your butt; that running will destroy your knees or lead to other injuries? Blown out of the water. “Running straight ahead without pain is not harmful,” says Fries, who, in a separate paper did not find an increase in joint problems, knee replacements, or osteoarthritis in his subjects. But don’t worry, you’ve still got one excuse left lying on the couch—you’d be too embarrassed if Grandpa lapped you.