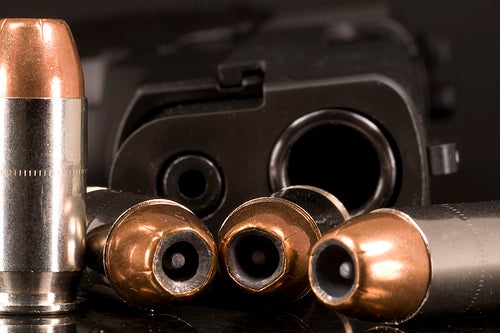 Gun-slinging evil-doers beware. Scientific justice is just around the corner thanks to a new nanotechnology system that not only better captures DNA on guns, but attaches hard-to-remove, microscopic tags to the hands and clothing of criminals who fire their weapons. Developed in the U.K., the tags are a unique blend of naturally-occurring pollen, known for its extraordinary adhesive properties, and nanotechnology particles. The composition can be used as an abrasive coating to capture skin cells on gun cartridges, usually too smooth or shiny to retain much evidence in the way of fingerprints or DNA. The tags in the coating also transfer themselves to anyone handling the cartridges and are very difficult to wash off.

But the benefits of the nanotechnology don’t stop there. Most evidence is usually destroyed after a gun is fired, because of the heat generated. The coating has been designed to avoid such heat damage and can even be varied subtly for every cartridge batch, making it easier for officials to tie guns back to the offenders. The breakthrough technology is cost-effective and could potentially be put to use within a year. Researchers may also consider applying the system to other weapons like knifes.