Large Hadron Collider: And We’re Off!

After billions of dollars and years of construction, the world’s largest particle accelerator finally has a date with destiny 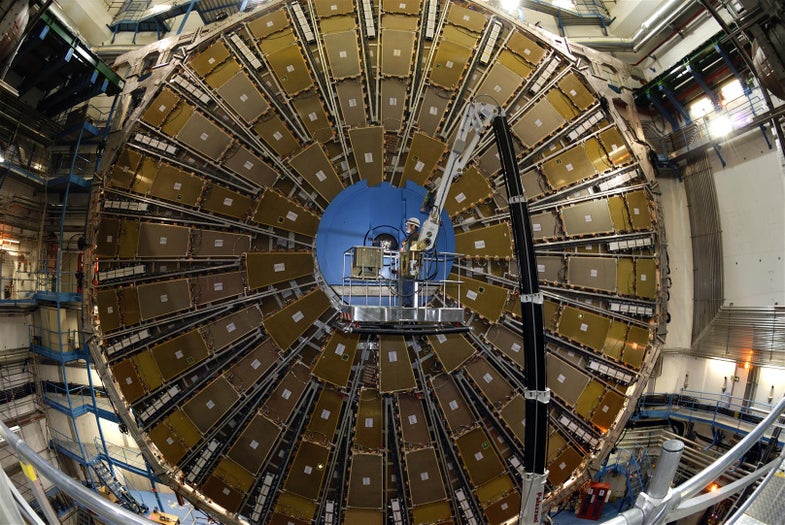 If you’re one of the few people who still believes the Large Hadron Collider (LHC) could accidentally destroy the world, I’d recommend you get your affairs in order before September 10th. CERN, the European physics agency that oversees the LHC, has announced that the proton beam in the world’s most powerful collider will be turned on for the first time this September.

To turn on the giant particle accelerator, scientists will spend months activating and testing various aspects of the machine. The process began in July, when researchers activated the cooling system that keeps the proton beam at 1.9 degrees above absolute zero. In August the researchers will begin synchronizing the particle accelerator’s eight sectors with the proton injector that generates the beam. Then, after a week of diagnostics, the LHC will power up for the first collision.

The first collision will be at 0.45 TeV, with the beam eventually working its way up to a 5 TeV beam. The accelerator will reach peak performance and begin collisions at 14 TeV sometime in 2010. Additionally, there is a proposed upgrade for the LHC planned for 2018 that will produce brighter, more powerful proton beams.

Ed note: still confused about how the LHC actually works? Might be easier to understand in rap form!