By measuring changes in rocks, seismologists may have found a way of predicting quakes hours in advance 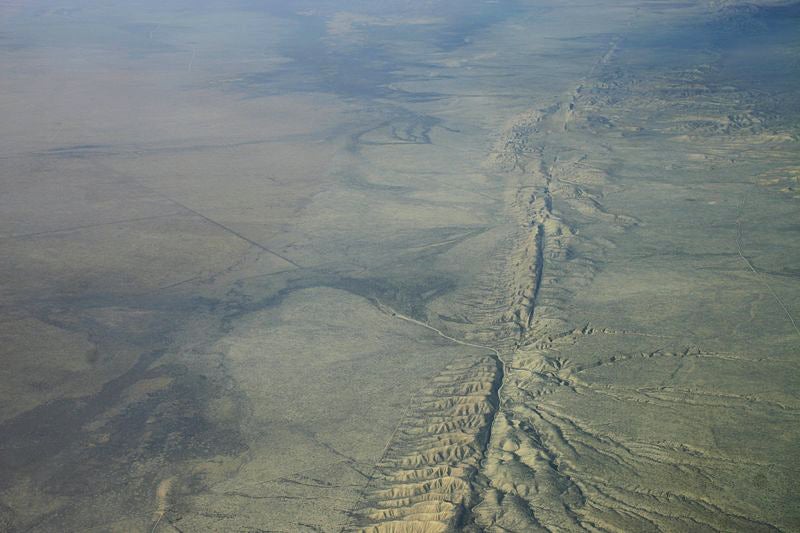 For seismologists, the dream of a perfect earthquake forecasting system may be a step closer. In a letter published last week in the journal Nature, scientists announced they’ve discovered a way to read changes in rocks that could be used to predict dangerous quakes as much as ten and a half hours in advance.

After lowering instruments half a mile into two deep drilled-holes alongside the San Andreas fault in Parkfield, CA, and leaving them there for two one-month stints in 2005 and 2006, researchers from Rice University, the Carnegie Institution of Washington, and the Lawrence Berkeley National Laboratory took measurements of the density of small cracks in the rock. Two distinct changes preceded and lasted through two separate earthquakes—one a magnitude 1, and one a magnitude 3—by two and ten and a half hours respectively.

“We saw the change, didn’t know what it was, then ten hours later, there was an earthquake,” says Ernie Majer, one of the project’s leaders.

Seismic waves travel at a different velocity depending on the density of the rock’s tiny cracks, what scientists call the ‘stress’. The team used two machines to measure this stress. In the first borehole, one instrument creates seismic waves. “It’s a little pinger. It goes ping ping ping ping, like SONAR in submarines,” explains Majer. In the other hole, a receiver picks up the waves, looking for a change signifying that the stress on the rock they’ve passed through is different. The setup was oriented parallel to the fault, not shooting across it, because to measure across the fault would require much larger instruments. “You can’t stuff a truck down a borehole,” says Majer.

The stress changes before and during the two quakes were distinct from the other background changes researchers measured (things like the pull of the moon (“earth tides”) and air pressure differences). According to Majer, it’s clear that they were related to the quakes.

Even so, these events are not enough to prove they’re a definite pre-quake signal. To build up more data, Majer and his colleagues plan to return at the end of this year to Parkfield, and lower their instruments down for a full year of measurement. “If we’re lucky we’ll get a magnitude 4 or 5,” he says. The more big quakes they have while recording, the more chances they’ll have to see if stress changes occur before each one.

According to Majer, if the rock changes prove with more research to be consistent—happening the same way every time a certain type or magnitude of quake takes place—they could be used in the future as an earthquake early warning system.