Researchers find nanoscale crystals can enter your body through cuts in the skin. 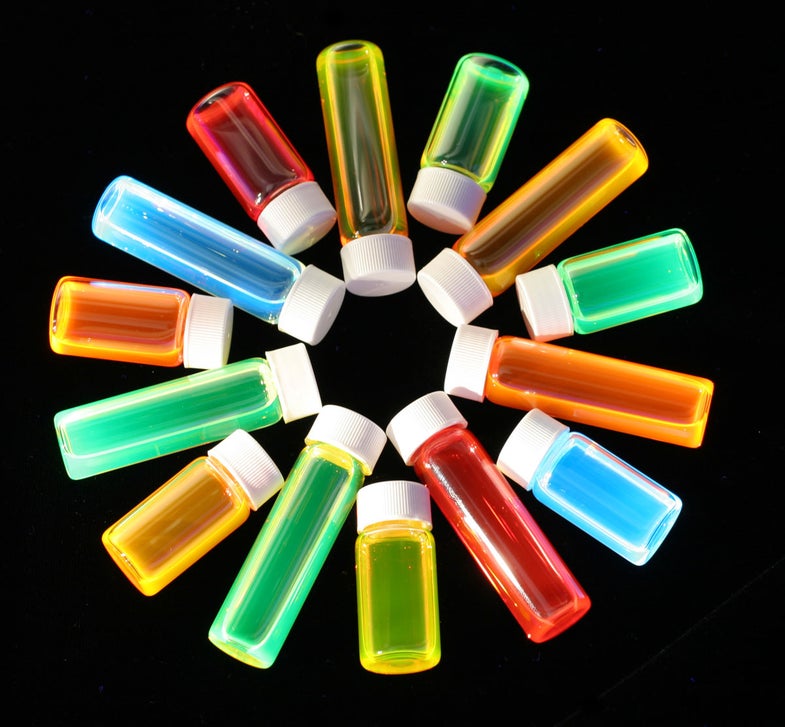 Health risks for the 21st century worker keep getting weirder. Researchers at North Carolina State University have found that quantum dots—nanoparticles made of semiconducting crystals that emit light when stimulated at certain wavelengths—can penetrate skin through abrasions.

The study was done on rats, but it follows that there may be some danger of the particles burrowing into the bodies of people who work with quantum dots if they have cuts or scrapes on their skin.

Once they’re in the body, they could . . . well, no one is quite sure what they would do, though plenty of people are concerned about the unknown long-term environmental and health effects of nanoparticles. And while quantum dots are definitely arcane, they have potential applications in quantum computing, cancer treatments and other biomedical research, and next-generation photovoltaic cells. They could some day even be used to create advanced television and computer displays that render colors more accurately than the human eye can detect. In other words, this is the kind of stuff that OSHA has to worry about in the 21st century.