A Gene for Baby Makin’

Scientists locate a gene that both regulates and blocks ovulation 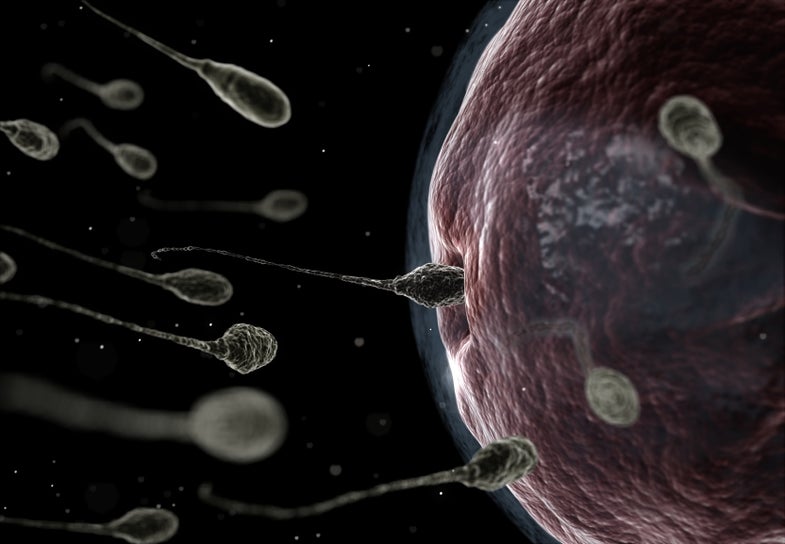 Birth control may have revolutionized women’s lives, but it’s still a nuisance to take. The pill is 98 percent effective only if you (or your lady friend) takes it every day, at exactly the same time. Complete this task correctly, and the estrogen could give you nausea, headaches and moodiness. Thankfully, researchers at the University of Montreal and Louis Pasteur University may have found a more pleasant alternative.

The scientists genetically modified a mouse so that its Lrh1 gene—a gene that wasn’t well understood until now—was blocked inside its ovary. The Lrh1-less mouse didn’t ovulate, which means the gene could be manipulated to develop contraceptives with fewer side effects. (Current contraceptives rely on steroids, which are responsible for those gnarly reactions.) Since Lrh1 controls several mechanisms of ovulation, scientists think the gene may affect fertilization, too. If so, the discovery would have major ramifications for treating infertility, something that affects 2.1 million married couples in the United States alone.