A Cure For World’s Deadliest Disease? 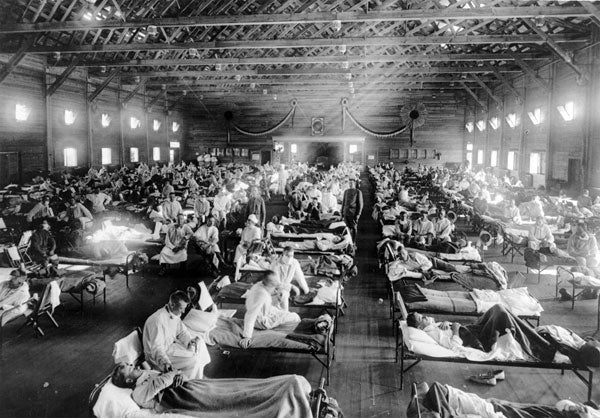 Though it may seem like merely a yearly inconvenience to most, the flu in fact kills around 36,000 Americans annually and costs the country between $71 and $167 billion dollars; the equivalent of 10 September 11ths in deaths and a Hurricane Katrina in damages every year. Most attempts to prevent the flu focus on vaccination, but a new study suggests drugs could actually prevent the deadliest symptoms of the disease.

The symptoms of the flu are common enough: headache, fever and cough. Unfortunately, all of those symptoms are caused by the victim’s own immune system overreacting to the flu infection. As reported in the journal Nature Immunology, researchers from Imperial College in London, England, isolated the receptor in the lungs that triggers the immune overreaction. With the receptor identified, a therapy can be developed that will bind to the receptor, preventing the deadly immune response. Also, by targeting a receptor in humans rather than a particular strain of flu, therapies developed to exploit this discovery would work regardless of the rapid mutations that beguile flu vaccine producers every year.

The immune overreaction accounts for the high percentage of young, healthy people who died in the vicious 1918 flu pandemic. While the flu usually kills the very young or the sickly and old, the pandemic flu provoked healthy people’s stronger immune systems to react even more profoundly than usual, exacerbating the symptoms and ultimately causing between 50 and 100 million deaths world wide. These figures from the past make the new discovery that much more important, as new therapies based on this research could prevent a future H5N1 bird flu pandemic from turning into a repeat of the 1918 Spanish flu.