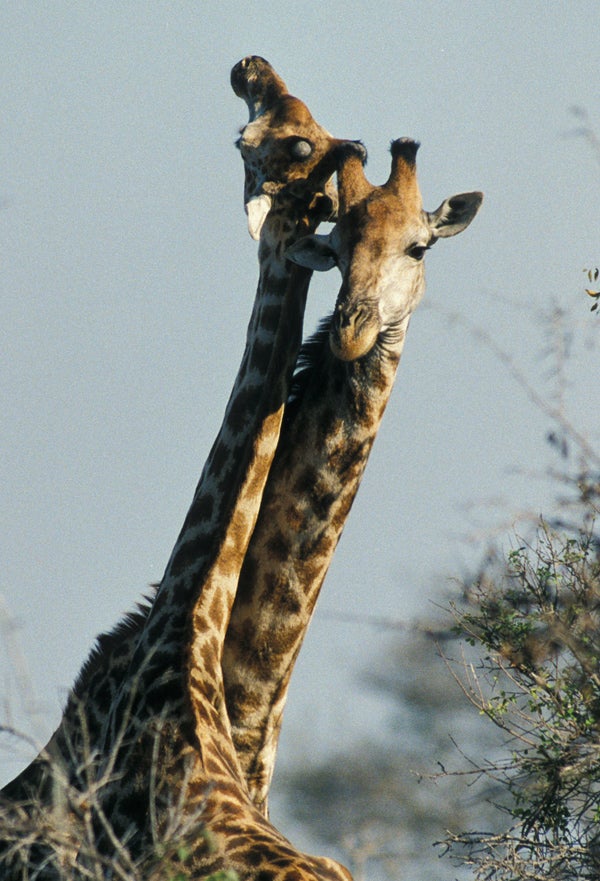 Sex and science usually steer clear of one another, and rightfully so. Most people don’t want their sex clinical and most researchers don’t want their science emotional. Yet lately the science of sex seems to have entered the public discourse in a big way. Olivia Judson (author of Dr Tatiana’s Sex Advice To All Creation) blogs for the New York Times; and Bonk, a book about scientific research into the how’s and why’s of sex, is a best seller. So it follows that, starting last week, New York City’s Museum of Sex would play host to the new Sex Lives of Animals exhibit.

The new exhibit, which takes its cues from Stanford evolutionary biology Joan Roughgarden, argues that sex and sexuality in the animal kingdom are far more diverse than biology class has let on. Bisexual deer, porn-loving pandas and even a gay, necrophiliac mallard, are just some examples the exhibit cites as proof of a natural world where non-reproductive sex acts are as common as copulation for the sake of procreation.

While some of material in the exhibit is fairly graphic (one sculpture shows two dolphins engaging in a form of congress impossible for animals without a blowhole) it is approached in the dry and detached tone of science. This attitude may be the key behind the recent success of approaching sex from a technical direction. Looking at it through the lens of science appears to dampen the obscenity factor. The fig leaf provided by science allows for a conversation about acts that could not otherwise be discussed in a public forum where an exposed breast during the Super Bowl leads to years of litigation.

And those acts need to be discussed to have an accurate understanding of biology. The exhibit continuously states that non-reproductive sex acts form the foundation of many vertebrate social structures. Without those social groups, the animals would perish. In that way, behavior that does not result in mating, and thus would otherwise be considered “evolutionarily useless”, proves its worth by increasing the survivability of the various members of the group by strengthening cohesion and diffusing tension. That argument about evolution underlies one of the two implicit messages of the exhibit. 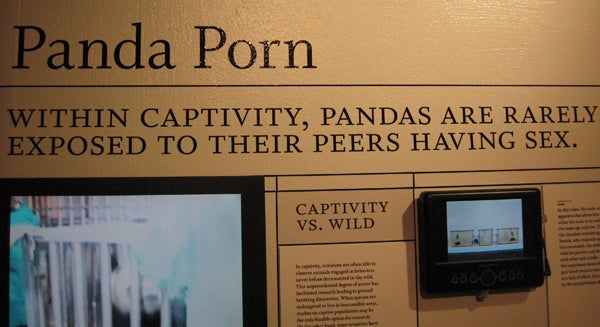 The first message, championed by technical advisor Roughgarden, challenges Darwin’s formulation of sexual selection. Sexual selection posits that useless and costly structures like a peacock’s tail evolve to show off the quality of a male’s genes to groups of picky females. Roughgarden challenge the gender roles implicit in that theory and charge that sexual selection doesn’t account for or accurately explain the frequent presence of bi- and homosexuality amongst nearly all vertebrate species.

The second implicit message of the exhibit turns the focus from animals to man, using the plastic sexuality of animals to critique our own society’s rigid sexual classifications. It is no accident that the exhibit ends with sculptures, videos and text about bonobos, sexual voracious apes that, along with chimpanzees, form humanity’s closest living animal relatives. For bonobos, oral sex, sex with children, same sex pairings, in fact, nearly any imaginable sex act, are a daily part of life. Sex is often used as payment for food and to assert dominance, and only sex between mothers and adult sons is taboo. If many behaviors thought exclusive to humans are seen in our relatives, the exhibit asks, what behaviors of theirs _should we consider natural to _us?

While the exhibit does an excellent job of surveying sexual mores regularly ignored by prudish biologists, it shies away from a thorough and explicit discussion of evolution. Sex itself originated specifically to take advantage of natural selection and speed up evolution. Moreover, evolution cannot be properly taught or understood without looking at sex. At a time when Americans seem to have a worse understanding of evolution than ever before, it is unfortunate that the exhibit doesn’t take advantage of the chance to teach visitors about the important relationship between sex and evolution.

Lack of evolution-related content aside, the exhibit manages to present an important side of nature that you won’t find at the American Museum of Natural History. Sure, they have more dinosaurs, but only the Museum of Sex teaches visitors about the prevalence of chlamydia in koalas. Informative yet playful, explicit yet classy, The Sex Lives of Animals is worth visiting if you have even a remote interest in sex or science or both.