Despite its potential to create microscopic black holes, the new particle accelerator is unlikely to collapse our planet 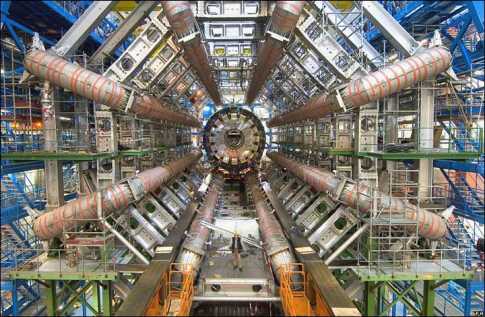 The Large Hadron Collider, the giant particle accelerator that’s scheduled to begin colliding protons in August, has the potential to produce the long-sought Higgs boson. That elusive particle is a missing link in the commonly accepted model of physics. Observing it would be an important milestone in our understanding of the fundamental forces of the universe.

The LHC also has the potential, though, to give birth to microscopic black holes–which some have worried could destroy Earth by accreting its matter–as well as other objects such as magnetic monopoles, vacuum bubbles, and strangelets. A study group concluded in 2003 that these entities would pose no danger, and this month a reappraisal of the known facts re-substantiated that assurance.

Microscopic black holes, because of their tinyness, are not expected to live long enough to pose a threat; they should decay very rapidly. If one does turn out to be stable, the study predicts that “the rate at which absorption would take place would be so slow . . . that Earth would survive for billions of years before any harm befell it.”

Strangelets–fragments of strange matter–have the potential to convert ordinary matter to strange matter, but the research concludes that it is extremely unlikely strangelets could be produced at the LHC.

According to the review, any hypothetical objects created by the collider would be equivalent to ones that are created without physicists’ help, by the effect of cosmic radiation on Earth and other local bodies. Since cosmic rays–and earlier colliders, like the the Relativistic Heavy Ion Collider in New York–have not destroyed the Earth, odds are the Large Hadron Collider won’t either.