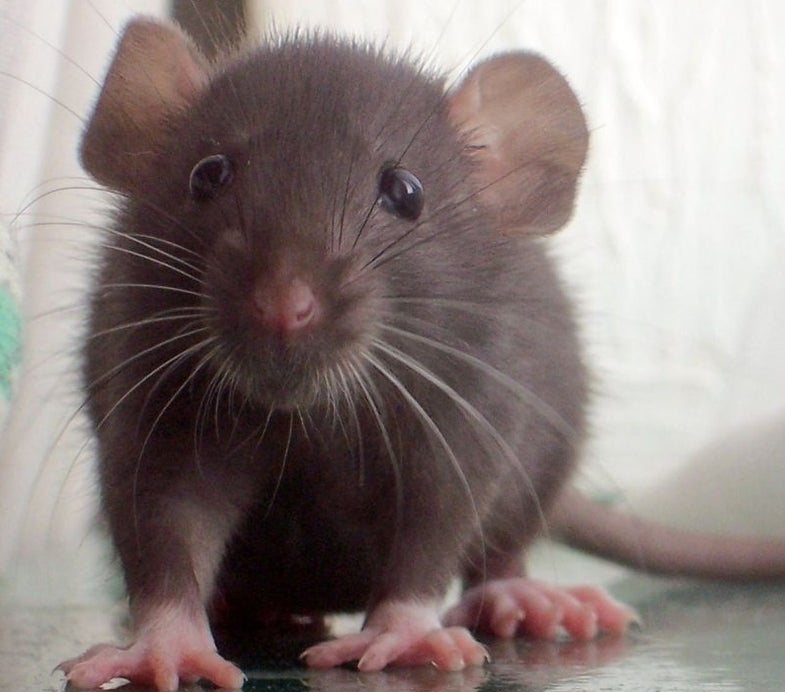 Awww, how could anyone test experimental pharmaceuticals on that little face? A few new technologies — substitute tissues, for instance — aim to take the rat out of the equation, or at least provide other, gentler options for experimenters. Here’s a look at three of the best new hopes for rodents.

You don’t have to be an animal-rights activist to object to tormenting bunnies for the sake of new mascara. Now Episkin, an artificial skin grown from human cells by scientists at L’Oréal, could eliminate such experiments. Researchers can rate a chemical’s toxicity by how many lab-grown cells it kills. There are no plans to bring Episkin to the U.S., but the tech could prove vital for the cosmetics industry in Europe when a ban on animal testing takes effect next year.

Here’s another device animal lovers can get behind. A liver-on-a-chip will reveal how new drugs react in the body, without killing animals in the process. The system pairs the MetaChip, a glass slide coated with liver enzymes, with the DataChip, a slide covered with live human cells from various tissues, to test whether new drug candidates will become toxic in the liver. The tech, developed by Solidus Biosciences, has received federal funding and will launch next year.

Countless animals die during tests of new drugs that never advance to human trials. Now a technique of testing a safe, one-hundredth “microdose” on humans early in the research could limit extra rounds of animal trials. Using radioactive yet nontoxic tracers, scientists can track a drug’s activity in the body and decide if it warrants further animal testing. The British firm Xceleron will offer the technology in the U.S. this summer.