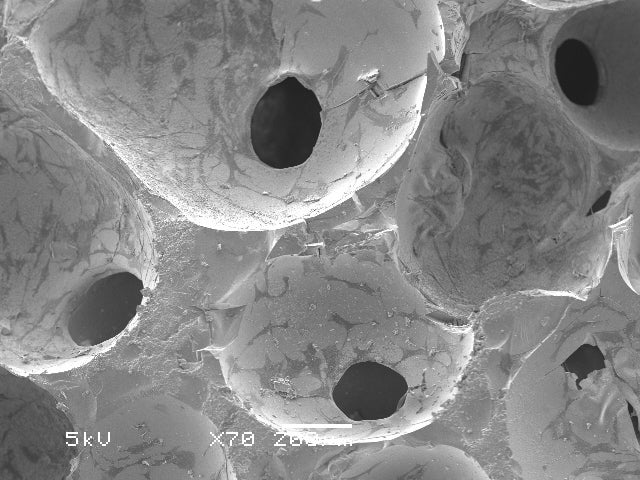 Vitamins may soon be a thing of the past. Researchers at Imperial College have developed a new type of glass that dissolves harmlessly in the body and promotes calcium growth. As the bioactive material dissipates, it releases silica and calcium ions into the body. If released at the correct rate, these can activate genes responsible for producing calcium—a near-panacea for an otherwise healthy aging body.

Though used previously in clinical trials, the mechanism behind the material wasn’t well known. Now, using neutron diffraction, scientists can see how the material releases calcium at the needed rate at the atomic level. For the next round of research, the scientists are hoping to develop a stronger version of the glass that could be used in joint replacements to promote bone re-growth in a way ordinary replacements can’t.