Find your friends five ways with these sleuthy Web services 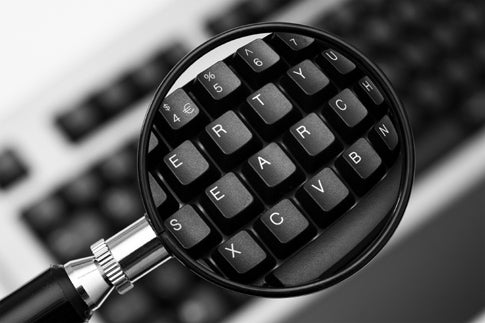 By now, even your toddler knows where and how to locate just about anything on the Web. But unless your friends are all dialed in to the same social network, a white-pages-style directory for finding actual people is often harder to come by. These five services aim to change that.

Ex.plode.us indexes user profiles from sites like YouTube and Flickr and lets you search for people either by name or the interests they list. Enter a friend’s name to find out what he’s into—say, badminton or turducken—or plug in your own interests to find kindred spirits.

Instead of making the rounds on a dozen social-networking sites to see if so-and-so has finally signed up, let wink.com do the work. A click searches more than 300 million profiles, taken from big names like Facebook and MySpace. If the person still doesn’t turn up, yoname.com looks through a slightly different spread of sites.

Polarrose.com taps a database of photos of people’s faces that have been identified by its users. Download a plug-in to tag pictures yourself. Once the company has amassed enough data, face-recognition software will be able to suggest photos on its own to match names you search.

Birthday amnesiacs should bookmark the Birth Database (birthdatabase.com), which compiles a list of 120 million names and birthdays from public records. It’s thorough, though the older someone is, the better the chance he’ll turn up.

If all else fails, make sure the person you’re searching for is still around. Death certificates are in the public record, and ssdi.rootsweb.com takes on the morbid job of indexing them. The search lists the individual’s expiration date and Social Security number, along with his or her last place of residence.