Science Confirms the Obvious: Emotions Can Be Evoked Unconsciously

Feel funny but don't know why? 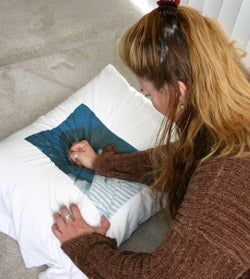 A fundamental credo of therapy is to first be aware of your emotions, preferably before they hijack your actions. But often we don’t immediately recognize that we’re feeling irritable, fearful, or disgusted, especially when our significant other is there to notice it first. And sometimes it takes a moment to pinpoint why.

A study in this month’s issue of the journal Psychological Science offers the first empirical evidence that humans don’t need to be aware of what triggered their mood in order to be affected by it. In fact, the authors—Kirsten Ruys and Diederik Stapel of Tilburg University in The Netherlands—mention in the paper that “most researchers deny the existence of unconscious emotions.” Who knew this phenomenon wasn’t common knowledge among psychologists?

Ruys and Stapel used a neat trick to prove their dissenting theory. They subjected study participants to 120-millisecond flashes on either the right of left side of a computer screen and asked them to quickly indicate the position. The “flashes” were actually fleeting images of growling dogs or unflushed toilets, which, the researchers discovered, unconsciously elicited feelings of fear or disgust.

It may seem strange we’ve developed a mind that can be unaware of its own feelings, but there is an evolutionary advantage of the ability. Read on to today’s post of Future Human—my online column on the continued evolution of humankind.