Robo-Surgeons Get a New Set of Eyes 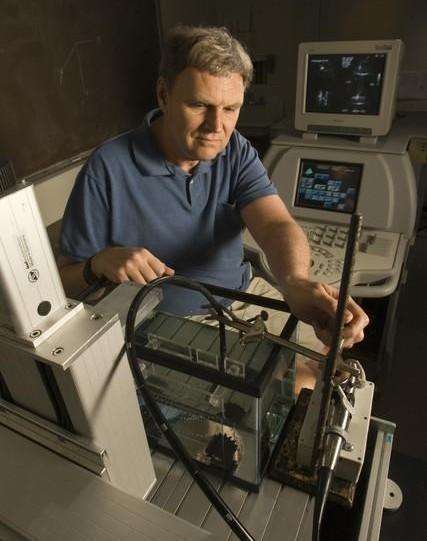 Duke University engineers think they’ve made an important step towards developing robotic surgeons that operate independently. The robot they used in their experiments–which were just feasibility studies, and were not performed on real people–uses 3-D ultrasound as its eyes, and an AI program that processes the 3-D information it gathers to determine the robot’s next steps.

The robot has successfully performed several simulated procedures–directing catheters inside synthetic blood vessels, carrying out needle biopsies and even removing a fake cyst. A tiny 3-D ultrasound transducer gathers the images, effectively providing the robot’s arm with a map of where it needs to go.

And while the long-term goal is to have some future version of their robot perform more complex tasks in animal models, the engineers also say that the 3-D ultrasound tech they use could prove to be a valuable tool to today’s surgeons.