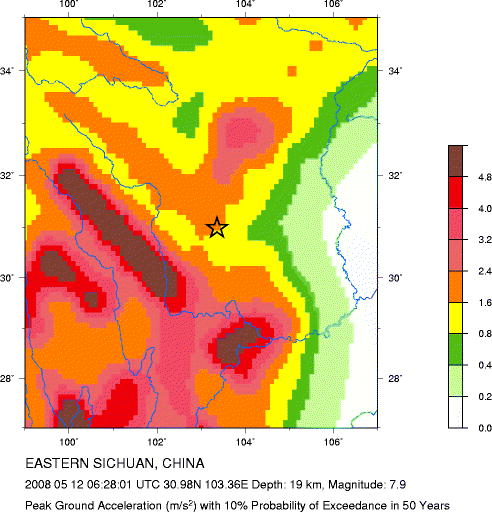 Texas Tech geophysicist Hua-wei Zhou touched down in Beijing just 40 minutes before the devastating Sichuan province earthquake struck. He and his colleagues were planning to embark on a project to set up 60 seismometers designed to listen for mini-quakes at the Three Gorges reservoir.

But now those instruments will be used to register the aftershocks of the Sichuan event – the epicenter of which was just 250 miles away. They could give the scientists a detailed map of the structure of the Earth’s crust in the area. This, in turn, could give them a better idea of how the Three Gorges Dam itself would hold up in the even of serious shaking. There’s quite a bit at stake: 75 million people live downstream from the Dam.

Regarding the Sichuan quake, Zhou noted that it is a severe tragedy, but that it’s hardly a worst-case scenario. “The situation could have been even worse considering that the city of Chengdu, with a population of 4 million, is just 60 miles away from the epicenter,” Zhou said.