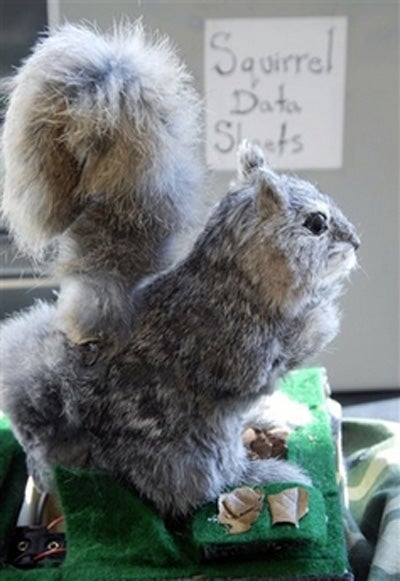 To learn more about how animals communicate, researchers are developing robotic copies capable of signaling real-world creatures, then analyzing how the non-battery-powered respond. Most recently, Hampshire College researcher Sarah Partan, for example, has been working with a mechanical squirrel she calls Rocky.

The robo-squirrel can imitate a few squirrelly motions, and she also stocked it with a number of realistic sounds that she and her team can activate via remote control. In one experiment, they planted Rocky in the midst of real squirrels, had the robot “bark,” and set his tail through a series of motions meant to indicate danger. Then they studied how the other squirrels in the area responded.

Rocky isn’t the only robo-squirrel, and there are plenty of other researchers using mechanical animals to learn more about the real thing. In other projects, robots have not only mingled successfully–they’ve drawn real creatures to follow their lead.