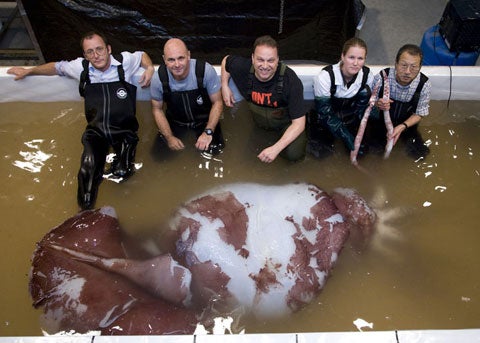 Researchers in New Zealand have had the rare opportunity to study the world’s largest eyes, those from a remarkably well-preserved specimen of a colossal squid. (Lest you think this is hyperbole in reporting: no, in fact, the colossal squid is indeed a different and larger species than the giant squid.) The eyes are the size of soccer balls—the pupils alone measure three inches across—and could very well be the largest ocular organs to have ever existed in the animal kingdom. 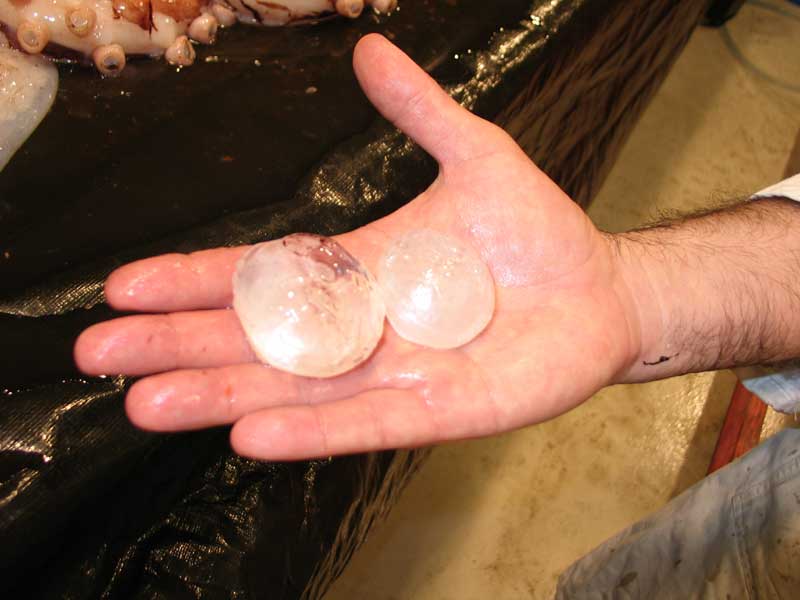 Two Halves of a Single Lens

The eye itself is about the size of a soccer ball.

The animals live in the exceptionally dark and cold depths of the Southern Ocean, near the pole. This particular squid was caught in the Ross Sea, just off the coast of Antarctica and a straight shot down from New Zealand. Exceedingly little is known about the colossal squid and its habitat; only ten have ever been brought on to land. The researchers not only hope to learn about its vision, but what it eats and how large it can grow.