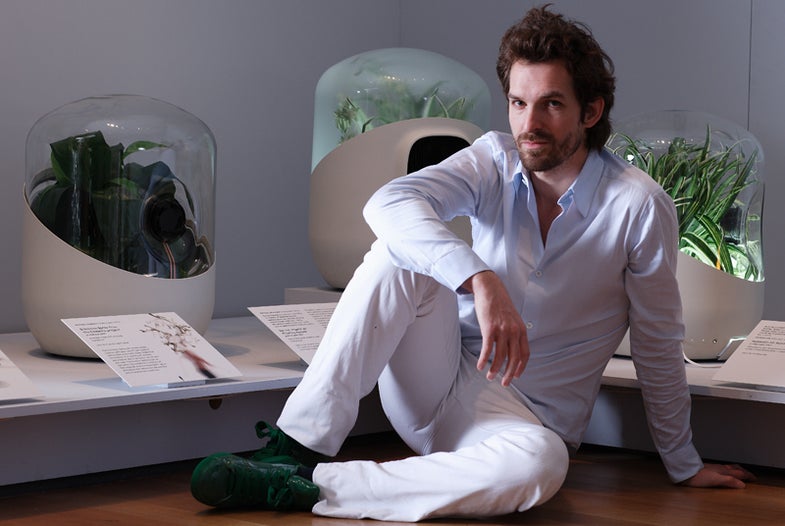 Bel-Air
Cost to Develop: $236,000
Time: 1 year
Prototype | | | | | Product
Your home could be emitting toxic gases. Just ask the victims of Hurricane Katrina, whose emergency trailers, made with glue-laden particleboard, let off so much formaldehyde that the Centers for Disease Control and Prevention warned that residents should “spend time outdoors” and “make relocating to permanent housing a priority.” Even in more expensive new homes, the concentration of emissions from things like furniture, carpet and paint can be two to five times as high as it is outdoors. But most air filters only catch particulates such as dust and pollen rather than organic compounds like formaldehyde and benzene, and the filters that do trap those gases need frequent replacement. So Mathieu LeHanneur and David Edwards built an ultra-efficient filtration system that eliminates toxins using nature’s own hazmat squad: plants. 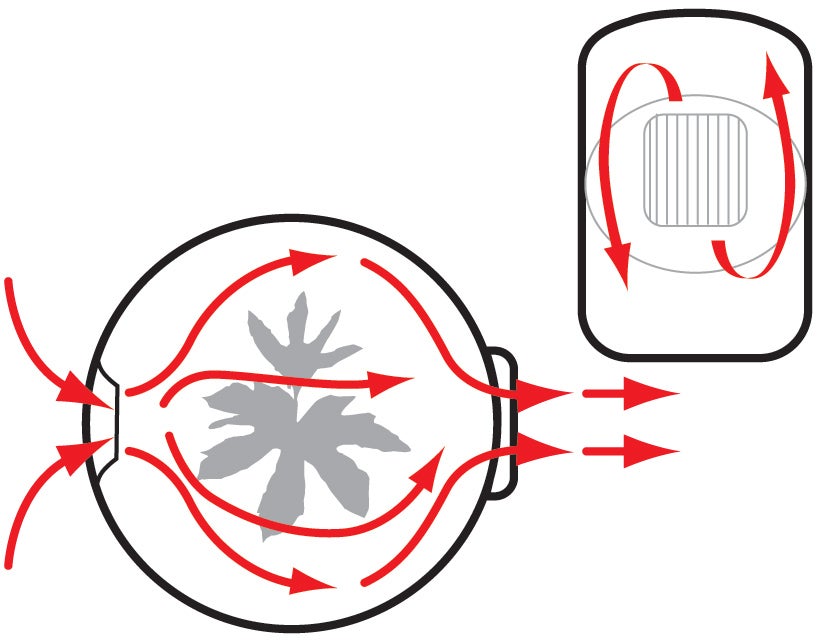 How the Bel-Air Works

To increase efficiency, fans in the Bel-Air circulate air in complex patterns around the plant’s leaves and force air through the roots and soil.

The duo, a French product designer and a Harvard University biomedical engineer, unearthed NASA research from the 1980s on plants that absorb chemicals through their leaves and roots. Philodendra, for instance, soak up formaldehyde much as they do carbon dioxide. But plants can clean only the air that touches them. To quickly and efficiently clean a whole room, LeHanneur constructed a container that moves as much air as possible around the entire plant. A fan blows breezes around the leaves, and a second fan sucks air through a hole in the soil. Microbes on the plant’s roots metabolize more toxins than the leaves do, and the soil works like a traditional charcoal filter to capture even more. Underneath the soil, a tray of water produces humidity that keeps the plant moist and traps additional toxic molecules. A vent on the side releases fresh air into the room. In early trials, the device reduced a test chamber’s formaldehyde concentration by 80 percent in one hour.

LeHanneur and Edwards built the Bel-Air for an exhibit at Le Laboratoire, a gallery in Paris that features collaborations between scientists and artists. The next step could be pairing with a company to adjust the design for manufacturing. Michael Braungart, an environmental chemist at the University of Lüneberg in Germany, says it’s a creative application of real science: “It uses the best of nature combined with the best that human beings can do.”