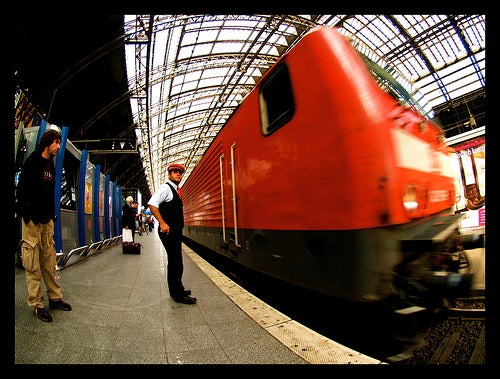 We have all at one point or another learned some variation of a mathematical formula involving trains and their timetables. For example: if a train leaves Boston for New York at 7am and travels at 60mph, will it beat a train leaving Providence at 6am traveling 45mph? The idea behind this kind of “story” problem is to engage a student with a real-world example to which they can relate. The thinking follows that that engagement will solidify the mathematical concept. It’s one of those conceits that has hung around for seemingly as long as math has been taught. And it may very well be completely wrong.

Researchers at Ohio State University have set out to determine whether or not these kinds of examples reinforce the math behind them. They conducted a study in which college students were taught a simple but unfamiliar system. Some learned it through abstract symbols and some learned it through concrete examples. They were then tested on what they were told was a children’s game, the rules of which used the same math as they were just taught.

Those who had learned the system through symbols did well in figuring out the game; those who had learned through examples did no better than if they were completely guessing. The experiment proved the researcher’s hypothesis that real-world examples tend to distract from the math and that students are likely to have difficulty transferring their knowledge to new problems without a purely abstract foundation. They are now turning their attention to younger learners to see just how pervasive the effect can be.