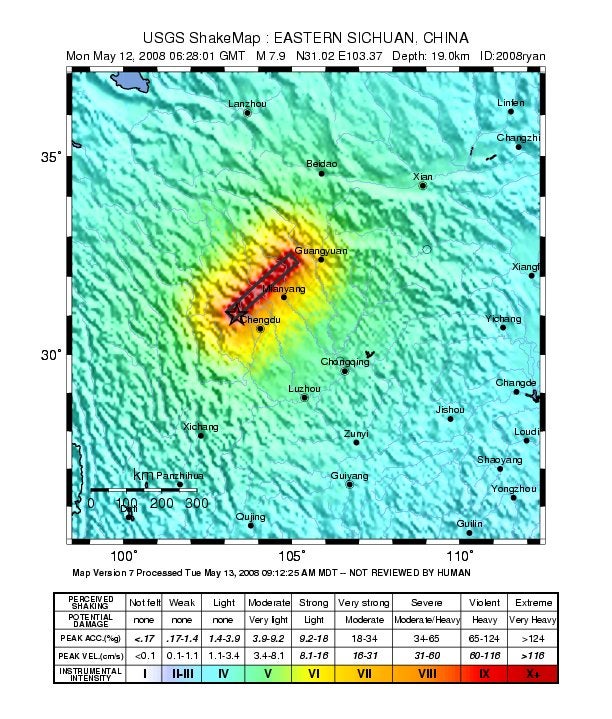 The death tolls from the massive earthquake that shook China on Monday have reportedly climbed as high as 13,000 people. More than 18,000 people are still unaccounted for in Mianyang in Sichuan province. And soldiers and medics have just broken through to reach the city of Wenchuan – home to a population of 100,000 – which sits right at the epicenter of the quake.

The earthquake itself registered a 7.9 on the Richter Scale, but it has also been followed by more than 1,000 fear-inducing tremors in the area, one of which reached as high as 6.1.

Seismologists say the Sichuan earthquake was shallow, originating just 11.8 miles below the surface, which explains the violent rumbling. They also believe that it was caused by the very same process that built up the Himalaya mountains – the Indian continental plate slowly grinding into the Asian continent. A U.S. seismologist told LiveScience that this is just the kind of event scientists are worried about striking the Los Angeles area. He predicted that a quake of that kind in Southern California would cause hundreds of billions of dollars in damage.