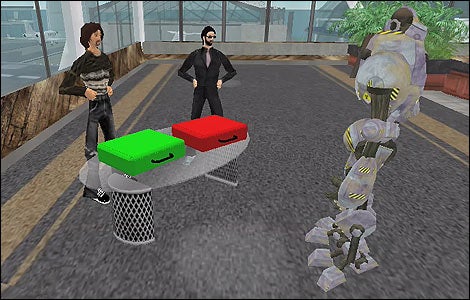 Scientists at Rensselaer Polytechnic Institute have created a robot-like avatar in the virtual world Second Life that isn’t controlled by a person at a keyboard, but an artificial intelligence program.

The avatar, named Edd Hifeng, is capable of some basic conversations, but his movements are controlled by lead researcher Selmer Bringsjord and his students. In other words, Hifeng isn’t flying around on his own. The avatar has also passed a few reasoning tests that the researchers say put it on par with a 4-year-old child – but that’s not to say the virtual character is actually as capable, mentally, as a kid of that age.

Other AI experiments are also underway in the virtual world. Linden Labs, the creators of Second Life, say they welcome the trend.