Why Grandma May Get the Coolest Robot on the Block

New pint-sized robot can help with chores around the house, and assist in emergencies 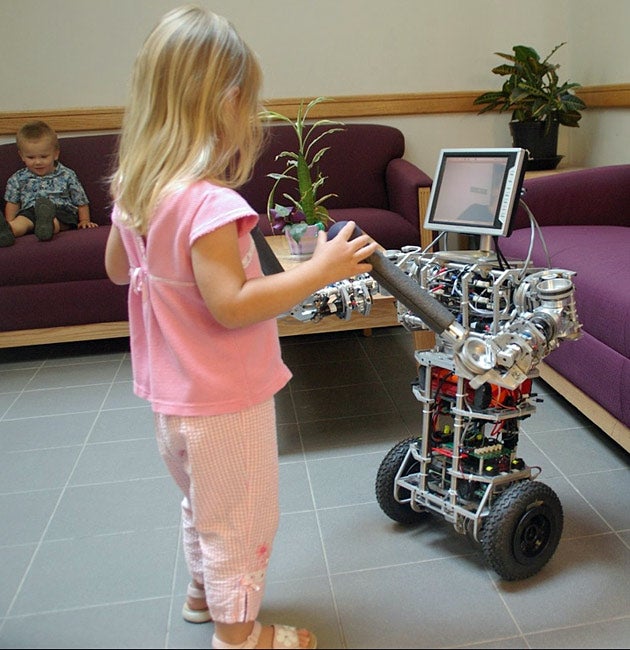 Researchers at the University of Massachusetts, Amherst, are developing child-sized, wheeled robots that could soon start helping elderly people in their homes. Computer scientist Rod Grupen, who led the team that developed uBot-5, notes that robots are finally safe and inexpensive enough to perform a real function in homes. The robot has an LCD screen, a webcam, and a wireless connection to the Internet. It speeds around and balances on two Segway-like wheels. If it does happen to fall, though, uBot-5 uses its long arms to do a push-up, and return itself to an upright position.

Why do we need it? There won’t be enough human caregivers to handle the tens of millions of people who will be entering their senior years in the coming decades. Inexpensive but highly capable robots like uBot-5 could ease the burden on the health-care system. They could help with basic chores around the house and, more importantly, assist in emergencies by dialing doctors when something goes wrong.