When Whales Walked the Earth 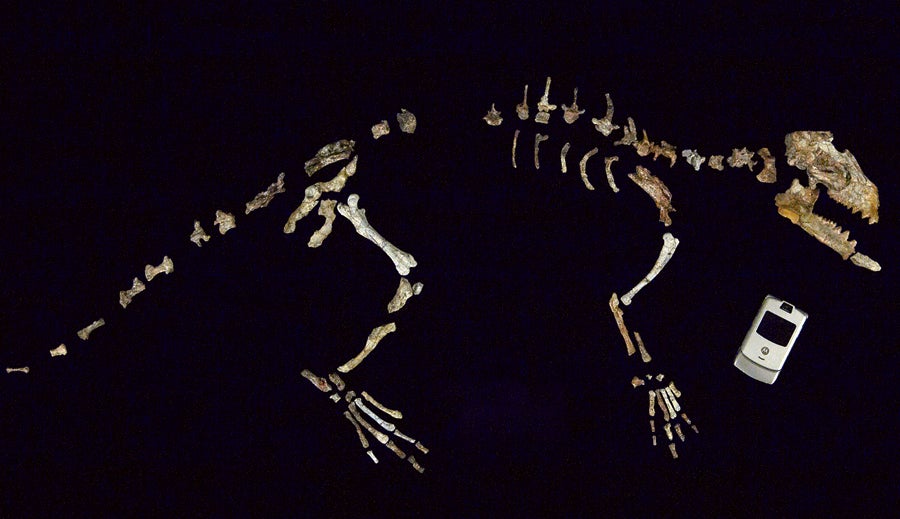 Standing two to three feet tall on legs adapted to wade through shallow water, the 48-million-year-old Indohyus is the missing link between modern-day whales and their land-lubbing ancestors.

Hans Thewissen of the Northeastern Ohio Universities Colleges of Medicine and Pharmacy recovered the skeleton in rocks from Kashmir, a disputed region between India and Pakistan, where the deer-like herbivore lived during the Eocene epoch, 56 to 34 million years ago.

The extreme thickness of its bones is a trait seen often in animals that are aquatic waders (thick, heavy bones counteract buoyancy and allow the animal to stay underwater more easily), and chemical traces in its teeth indicate that the animal ate plants in a freshwater environment. Scientists know that Indohyus belongs in the evolutionary path with whales because it has skeletal similarities to both modern whales and known primordial whale ancestors.