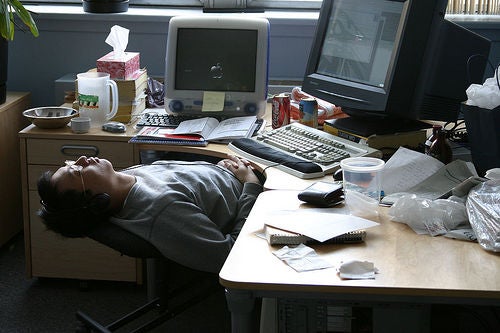 Spending a little too much time on the Web? Now there are a few movements afoot to encourage the tech-obsessed to take vacations from connectivity. Here’s Ariel Meadow Stallings, a blogger and Microsoft part-timer, on realizing that she’d become a little too hooked:

“I love technology. I’m not a Luddite. But I realized it was a problem when I would sit down to check my email and it was almost like I would wake up six hours later and find I was watching videos of puppies on YouTube . . . I’d try and think what I had been doing for the past two hours and I had no idea. I associate that kind of time loss with blackouts when you’re drunk.”

Stallings now unplugs one night each week, and has recruited thousands of others to do the same. Meanwhile, a pair of developers in Canada are trying to get people to shut it down for a single day next month.